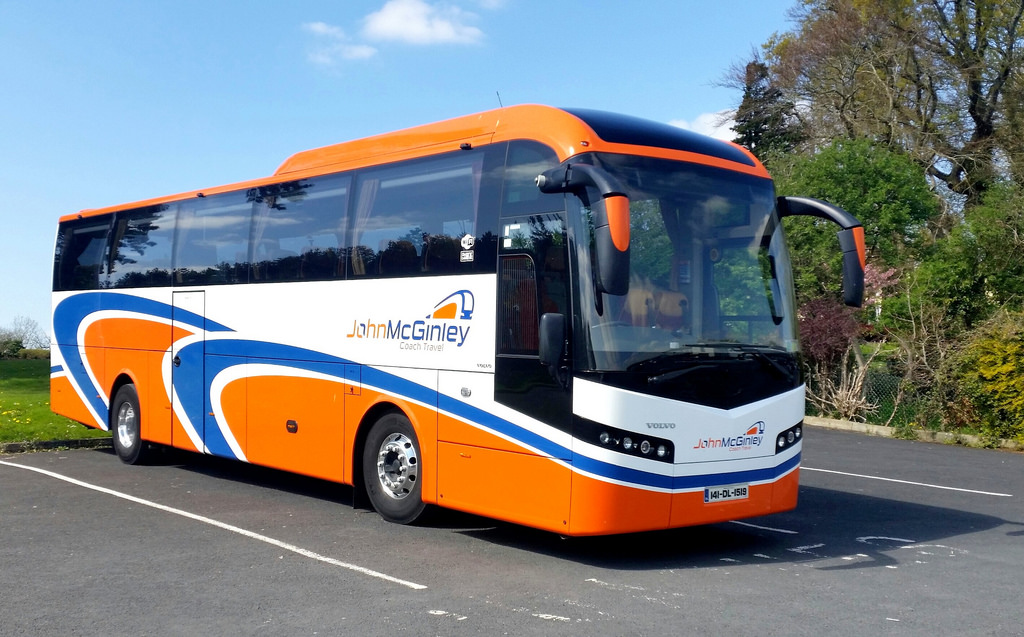 A quick-thinking Donegal bus driver has been hailed after his actions prevented a major crash yesterday evening.

The driver of a Maynooth-bound John McGinley coach took evasive action to avoid a collision with a lorry close to Castleblayney.

The driver took the coach, containing mainly college students, onto a ditch to prevent careering into the lorry.

Heavy snowfall and freezing temperatures had road conditions treacherous at the time.

“It was a scary experience, we just saw the bus going off the road,” said one passenger.

“The poor driver was excellent. He managed to drive on to Dublin and I don’t know how he did that.

“Everyone was so shocked, but it could have been much worse.  There was a car in front of a lorry that seemed to brake suddenly. The lorry, in the road conditions, wasn’t going to get stopped, so if our driver hadn’t have

“Only for the driver, there could have been people injured or even worse. Passengers were all frightened, but just thankful that we were all okay.”

Emergency services attended the scene. After the bus was pulled onto the road again, it was able to resume its journey.