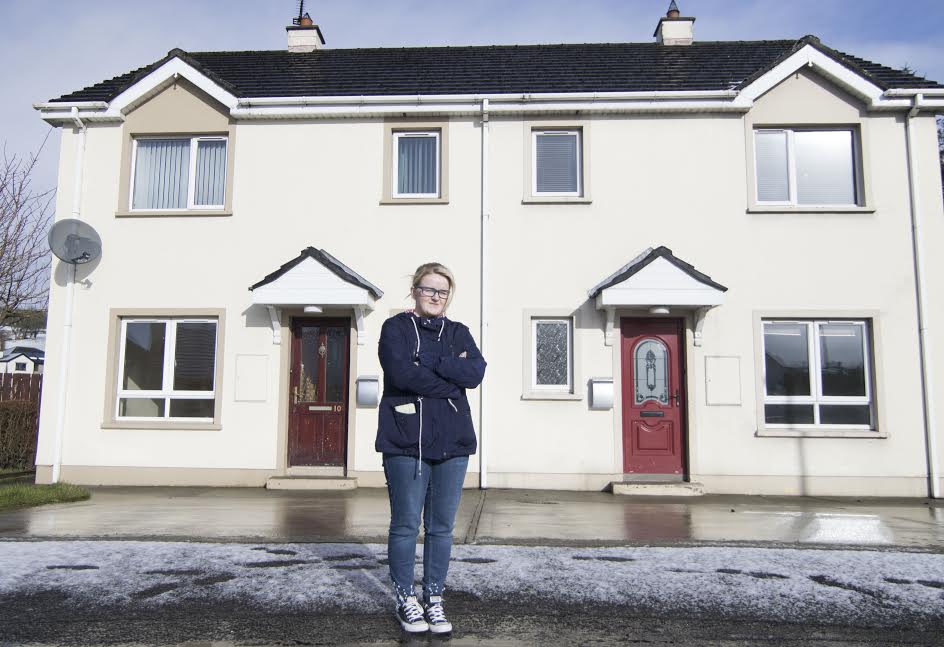 Eight Donegal families, whose houses were devastated in flash floods last August, have been told they won’t be back home in 2018.

The families, from the Páirc An Ghrianáin estate in Burnfoot, were forced to flee their homes on August 22nd.

After initial promises that they would be home in time for Christmas, the future has never seemed more uncertain.

Claire Molloy at her former home at Phairc an Ghrainan in Burnfoot which was gutted during the floods in Donegal last August. (North West Newspix)

The houses are guarded 24/7 by a local security company, paid for by Donegal County Council, but from next Monday that service is to be withdrawn, sparking fears that the dwellings could become targets for vandalism and anti-social behaviour.

Families have been given a deadline of next Monday by which they have to remove their belongings, currently being stored upstairs in the houses.

“The houses will be locked after that,” says Claire Molloy, who has lived at number 10 with her parents for the last 15 years.

“We’ve been told that we can get a skip, but people don’t want to just dump their belongings either.

“We don’t know what the long-term plan is. All we know is that nothing will happen in 2018.

“At the minute, we can come up and down, but after Monday we won’t be allowed in.

“Minister Boxer Moran told Daddy that we would be back in by Christmas again, but we have no idea what’s going to happen now.” 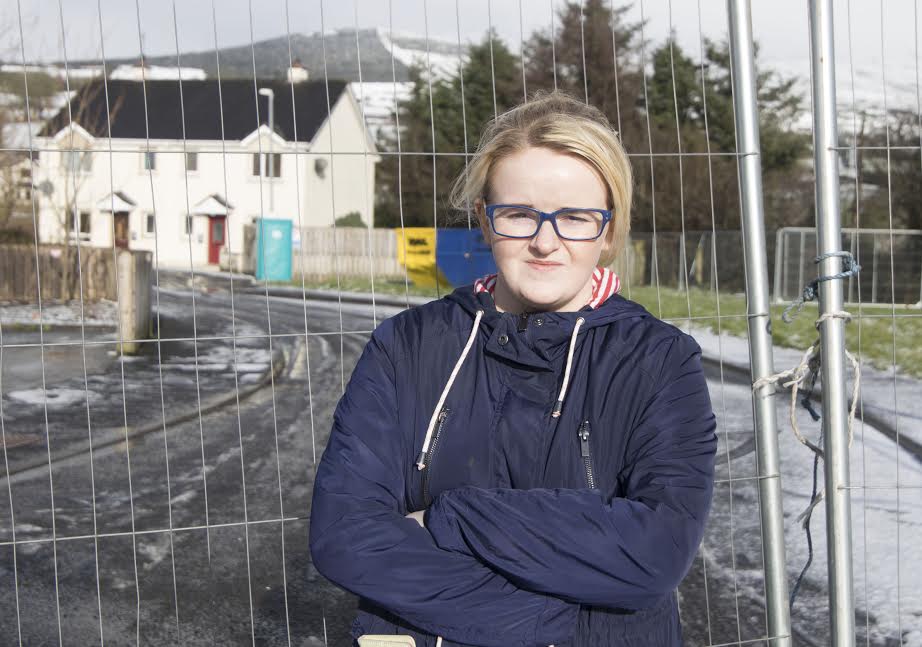 Claire Molloy at the entrance to her former home at Pairc an Ghrainan in Burnfoot which was gutted during the floods in Donegal last August. (North West Newspix)

The Molloys are living in a house owned by the family in Burnfoot, which has required extensive upgrade works.

Claire says: “We’ve had to do it up to make it liveable. We have no other option, but to stay there.”

Others aren’t so fortunate.

Una McLaughlin has four children, between the ages of 6 and 18, and are staying in a house the County Council has leased until March 21 next.

“The house we are in now is up for sale and our lease is up on the 21st of March and we have no clue what’s going to happen us then,” Una says.

“My kids want to know when they’re going home.

“We have to empty the contents of the house and we have nowhere to go with our stuff.

“It’s very unsatisfactory and very disheartening. We have been through enough since August.

“This is on our minds morning, noon and night. You wouldn’t mind if they would come and tell you the house was being knocked down and being rebuilt, but we have no explanation at all.”

In the wake of the flooding, Fianna Fail County Councillor Paul Canning, in his role as an architect, prepared a report on the Council-owned estate, in which he said that the authority should decide to demolish six of the eight houses. 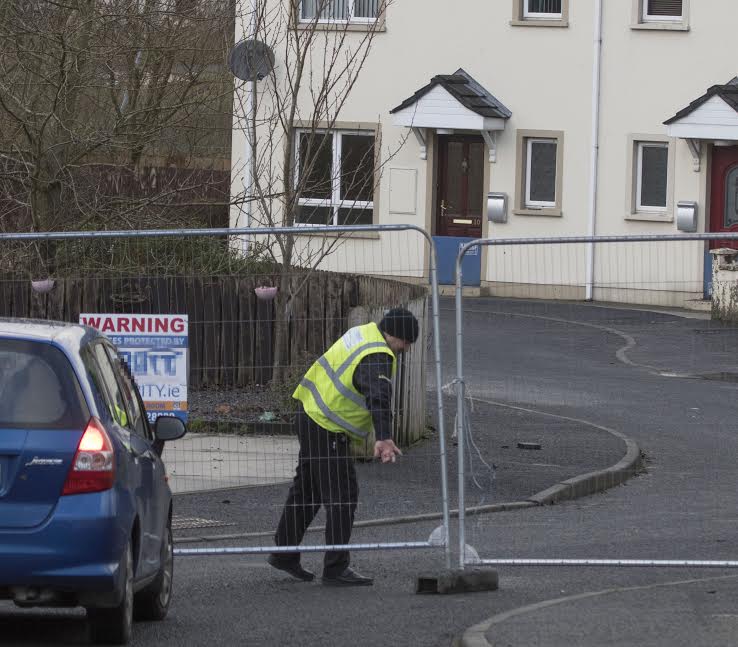 24 hour security at Pairc Na Ghrainne estate in Burnfoot which residents have not been able to return to since the flood damage in august. (North West Newspix)

Families are livid that assurances had been given and promises made, which have not been followed through.

Una McLaughlin says: “My husband was told, standing in our own kitchen, that money would not be an object and he was assured that we would be back in our home again.”

Leaning against a steel barrier that surrounds the estate, Claire Molloy sighs as she recalls how the houses were gutted in the days and weeks after the flooding.

She says: “Everything was stripped out of the house. They took the fireplaces out and said they would be replaced, but they haven’t been replaced.

“They even took a trampoline from our neighbour, who was away at the time, and that hasn’t been replaced, either.”

Despite the impending withdrawal of the security firm, Donegal County Council says it is in discussions with the residents regarding the safety of the houses while they are unoccupied.

A statement said: “Donegal County Council can confirm that we are planning to secure the houses, which were flooded at Pairc an Grianan in Burnfoot on 22 August 2017, for the medium to long term period.

“We are currently awaiting the outcome of the report from the CFRAMS study and following this a decision will be made in relation to the future of these houses.

“The Council are engaging with residents to facilitate the securing of the houses.”