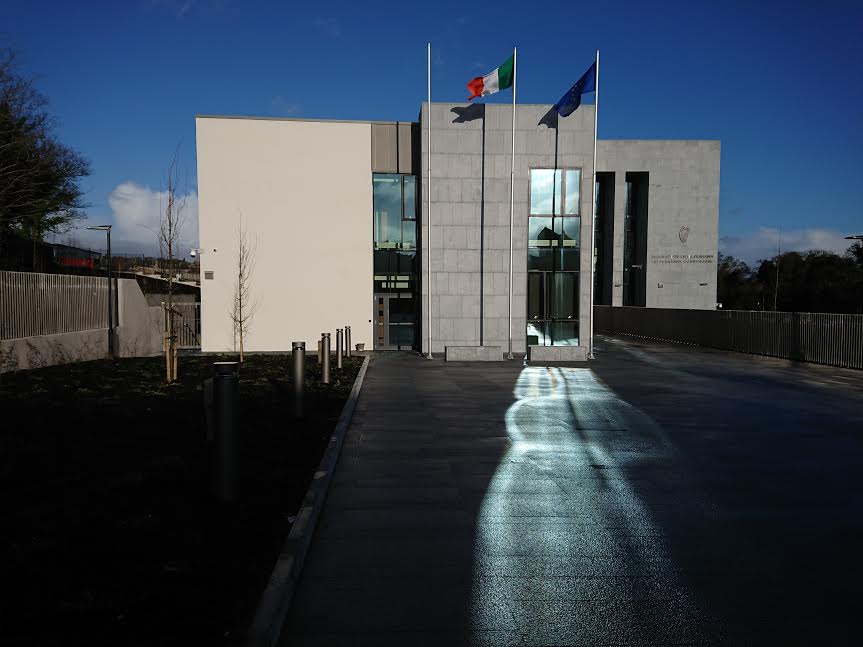 The importance of developing and fostering the ICT systems within Ireland’s Courts Service was a central theme as a new courthouse in Letterkenny was officially opened.

The Chief Justice of Ireland, Mr Justice Frank Clarke, and the Minister for Justice, Charlie Flanagan, Charlie Flanagan performed the official opening of the Letterkenny Courthouse – one of seven projects being completed under a €140 million Public Private Partnership contract with BAM.

“As we leave the Great Recession behind us, we can once again look forward to having the funds to invest in improving the development of eGovernment initiatives,” Mr Justice Clarke said.

“In the recent past, initiatives such as Small Claims and Fines Online and the electronic transfer of family law payments have proven to be efficient and are increasingly popular with court users.

“Such projects provide the public with a swift round-the-clock portal to facilitate the provision of a large amount of information for the public online.

“This is an area we hope to develop in the future as resources become available.

“These developments are vitally needed to ensure that the Courts meet the needs of times which are changing; organisationally, economically and culturally.” 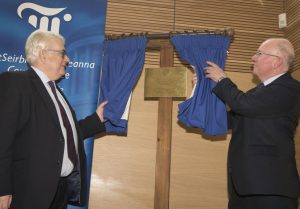 Letterkenny’s new courthouse replaces the old courthouse in the town which had served Donegal since 1831.

Mr Justice Clarke said: “The old courthouse is a fine building, but after 187 years the level of activity and the needs of a modern courts system became more than it could manage.”

The Letterkenny courthouse will accommodate hearings of the Circuit and District Court and may also be used by the High Court and Central Criminal Court.

He said: “A courthouse can be an intimidating place and it is a place where life-changing decisions occur on a daily basis.

“The Government has prioritised reform of the courts. It is only right that, as we reform and update our laws and our legal system, that we update our court structure. We need to continue the exciting programme of developing IT systems through the courts.”

Courts in Drogheda and Letterkenny have now been opened while the new courthouse in Wexford will be opened next week with new or refurbished buildings to open soon in Limerick, Waterford, Cork and Mullingar.

Minister Joe McHugh said “Today marks the official opening of this new €20M development of Letterkenny Courthouse. This is a fantastic addition to the built infrastructure of the High Road. 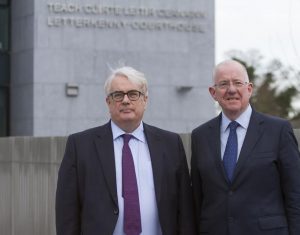 Chief Justice Frank Clarke and Minister of Justice and Equality Charlie Flanagan at the official opening of the new courthouse in Letterkenny. (North West Newspix)

“This will be a much more comfortable and practical facility for the local legal profession and court service and will be much more amenable to those attending the court, for business such as family law and consultations.”

The Mayor of Donegal, Councillor Gerry McMonagle, said the building was both ‘impressive and iconic’ and noted how it had already become a focal point in the town.

Minister Flanagan said the courthouse was a key structure that should act ‘as a reminder to everyone who sees the role of the state in administering justice.’.