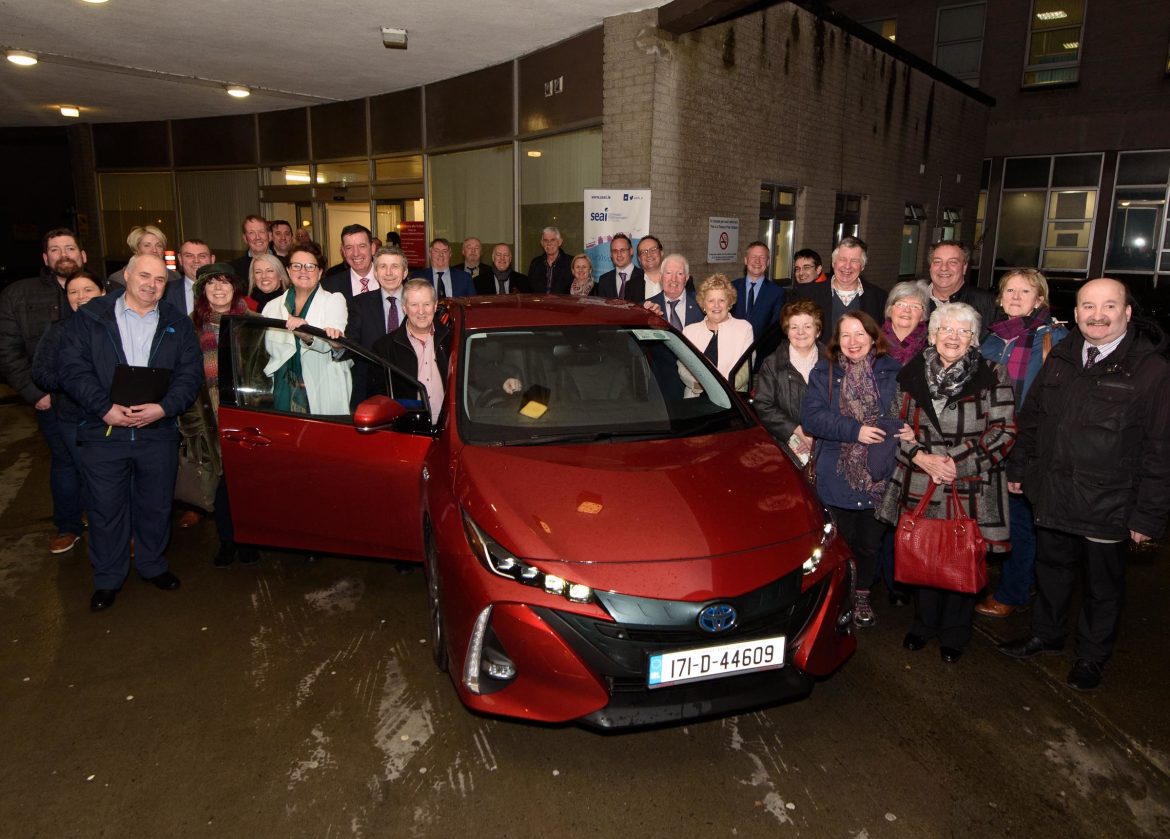 Letterkenny electric taxi project could save LUH up to €60,000

Taxi drivers in Letterkenny are taking part in a new pilot project led by the HSE and the Sustainable Energy Authority of Ireland (SEAI) involving the use of hybrid and electric vehicles to transport renal dialysis patients.

This petrol and diesel taxis travel 1.3 million kilometres every year in providing this service. It is estimated that savings of €60,000 a year in fuel costs alone could be achieved if these taxis were electric.

SEAI, which is tasked with administering Government funded grants, is funding the installation of electric home chargers for the taxi drivers taking part in the pilot. 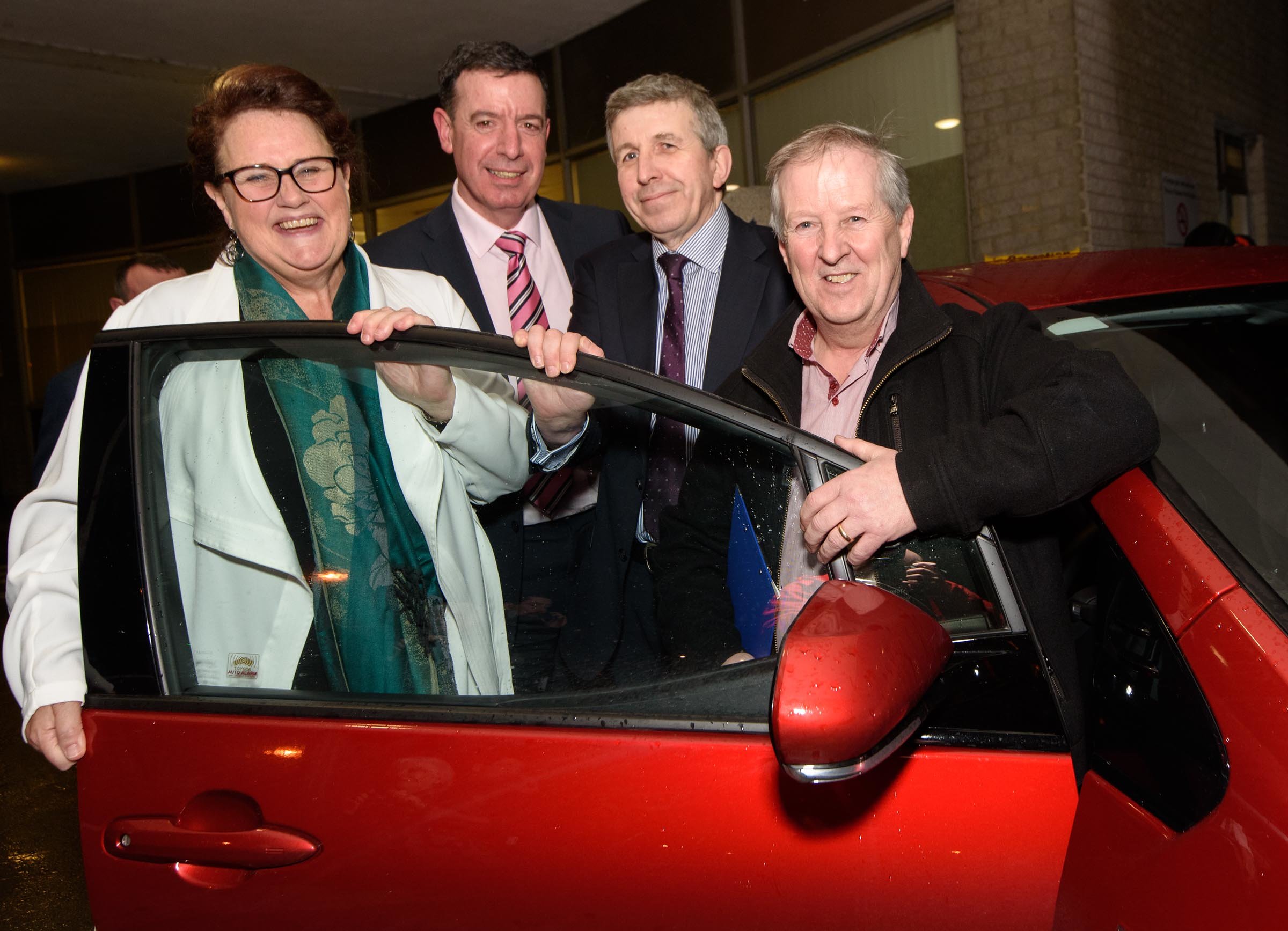 Commenting on the pilot, Minister for Communications, Climate Action and Environment, Denis Naughten TD said: “This is the type of pilot project that has the potential to be expanded across the country. Reducing the carbon footprint of transport is one of Ireland’s most pressing challenges.

“The Government has introduced a series of measures, including grants to purchase an electric vehicle and install home charger points to encourage businesses and car owners to move to electric. This electric pilot project is an example of an initiative that will reduce carbon emissions while also saving public money.

“This is the public’s money so we must be accountable and demonstrate leadership with action.”

“We are delighted to have the support of all of the partners involved in this project which will make this transport service much more environmentally friendly and it is my hope that we can build on it”. 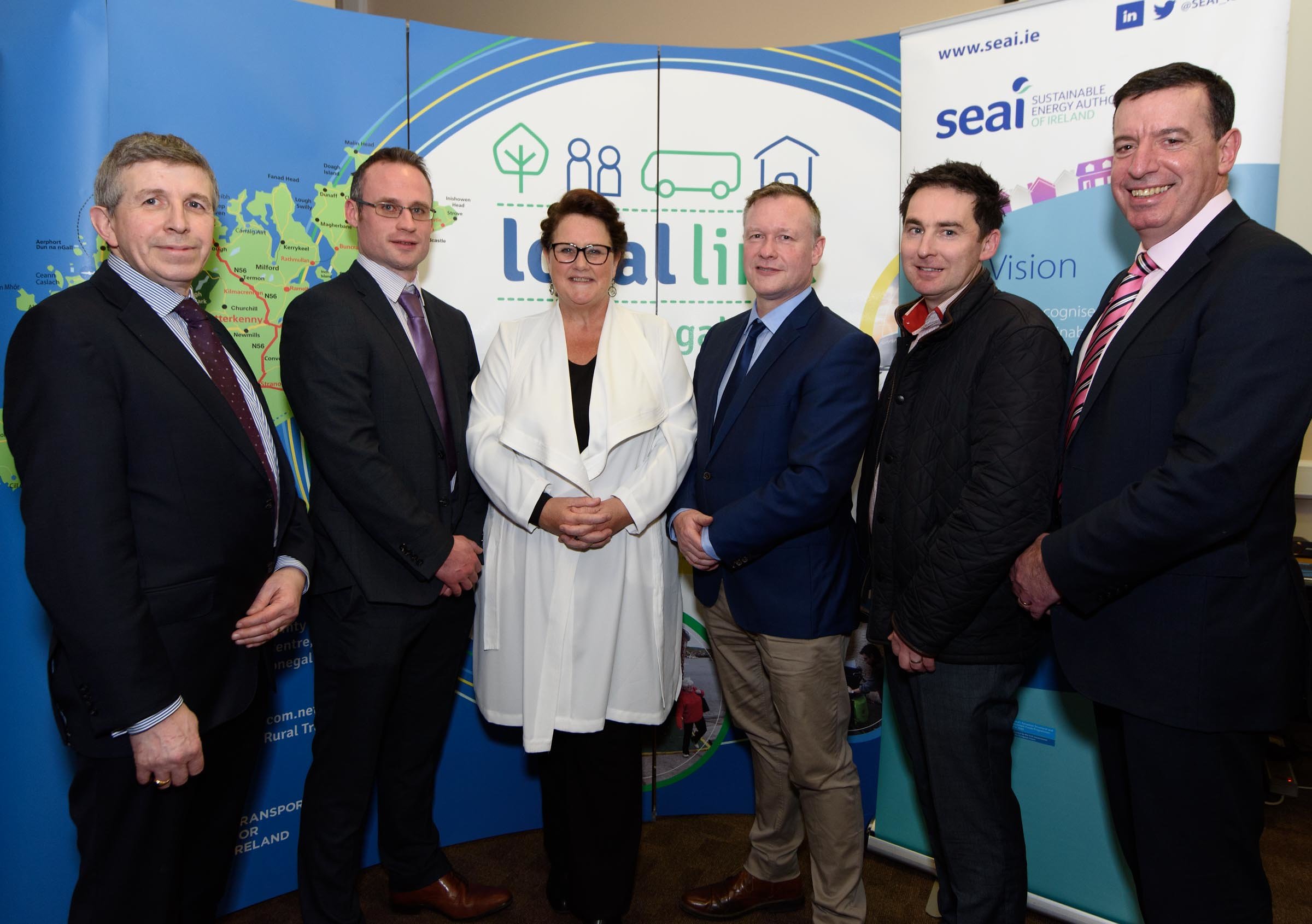 “We are delighted to be part of this collaborative project that will result in increased comfort for patients, cost savings for the tax payer and a healthier environment for all.

“The move to electric vehicles is an essential part of our transition to a clean energy future. We hope that from this pilot we will learn about the practical benefits of electric vehicles and encourage other health services and organisations to make the switch to electric.

“We also hope to show that the move to electric vehicles does not have to be concentrated on large urban centres”.

The taxi drivers have been recording their fuel consumption, fuel costs and mileage throughout December and January.

This will allow SEAI to compare the cost and savings, including fuel and maintenance, from using these electric vehicles compared to their diesel and petrol cars.

The findings from this trial will be presented at a Local Link conference in Bundoran on the 4th April 2018.

In Pictures: LUH switches to hybrid and electric transport for dialysis patients