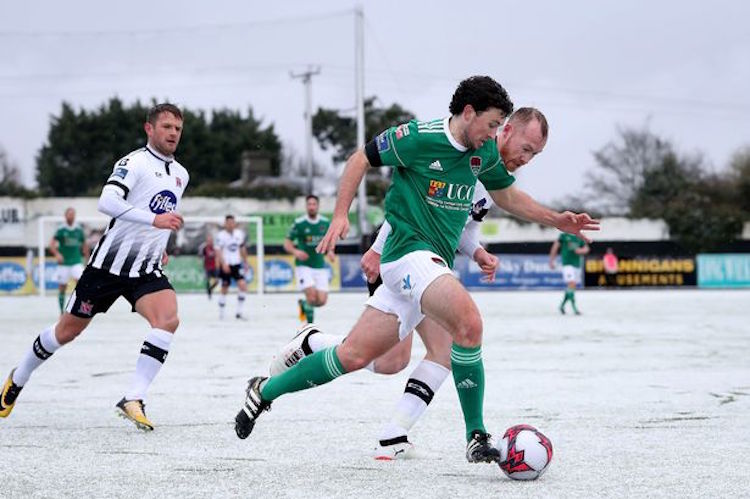 Barry McNamee scored after just three minutes as Cork City began the defence of their Airtricity League crown with a dramatic 3-2 win at St Patrick’s Athletic.

McNamee, who made a closed season move to the champions from Derry City, opened the scoring for John Caulfield’s men to continue his excellent start on Leeside.

Caulfield has already spoken of his admiration for the Ramelton man – who also scored in last Sunday’s 4-2 win over Dundalk in the President’s Cup final.

McNamee converted a Karl Sheppard cross to give Cork the lead at Richmond Park tonight.

Graham Cummins made it 2-0 and Cork looked home and hosed. However, Cummins was sent off on 26 minutes.

Ian Bermingham pulled a goal back for Pat’s and Conan Byrne drew the Saints level only for Kieran Sadlier’s goal, straight from a corner, to win it.