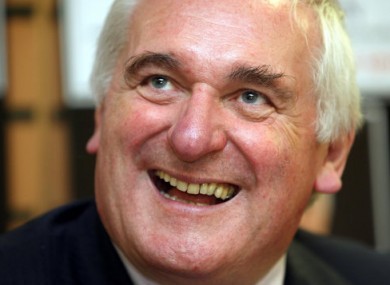 Former Taoiseach Bertie Ahern will visit Donegal next week for a conference on the impact of Brexit in Donegal and Ireland.

The public meeting will delve into the consequences of Brexit and the hard border for all industries and sectors in Donegal, including Farming, Fishing, Cross-Border Trade and Tourism.

The conference is being organised by Niall Blaney former Fianna Fail Deputy for Donegal North East, who said that not enough debate is happening on Brexit in Donegal. He has invited Bertie Ahern and current Fianna Fáil Spokesperson on Foreign Affairs and Trade Darragh O’Brien TD as guest speakers.

Blaney said: “Since Michel Barnier and Phil Hogan raised the issue of the hard border there hasn’t been enough discussion on it. A hard border would knock Donegal back decades and have awful consequences for many sectors.

“This is a public meeting inviting people from all sectors to come and provoke debate.

“I’ve chosen to invite Bertie Ahern because he is someone who has had enormous negotiation skills in the past. This is a chance for the people of Donegal to get a chance to question someone of that calibre.

“The hard border is something of concern, there is a whole load of questions that haven’t been answered. The situation is too dicey to be sitting about and waiting,” he said.

The conference takes place on Friday, 23rd February at 7pm in the Silver Tassie Hotel, Letterkenny. All welcome.