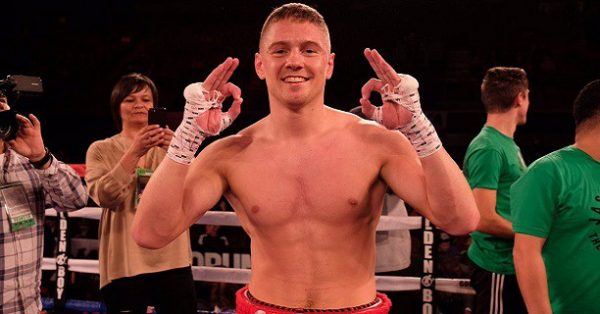 Listen: “This is the year for me” – Jason Quigley looks ahead to Easter showdown

Quigley (13-0, 10KOs) goes to the Marina Bay Sportsplex in the Boston suburb of Quincy on Easter Saturday night, March 31, for his comeback bout after a year out of action.

Quigley, the NABF middleweight champion, is now ranked seventh by the WBC and plans to make real inroads in his division this year.

“This is the year for me,” Quigley said after confirmation of the date for his 14th pro contest.

“2018 will be a big year. I’m in all the world rankings and this year is for me to state my name and state my authority.

The Ballybofey man said: “I’m buzzing to have the fight date confirmed. I’m back in action and ready to rock and roll.

“It’s been long year out. I’m excited and really looking forward to getting back to the ring.”