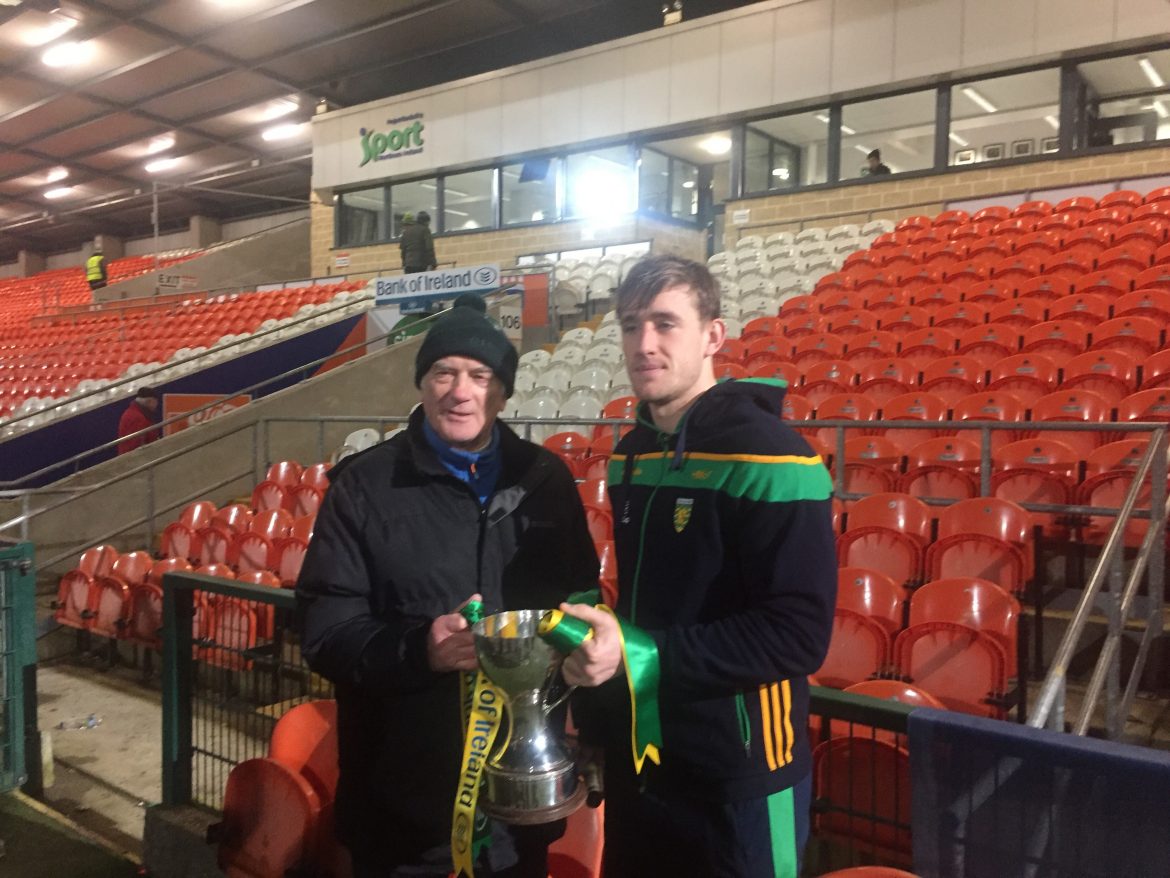 SEAN FERRITER was the first Donegal captain to lift the Dr McKenna Cup in 1963 and tonight was there to congratulate the latest man to do so, Hugh McFadden.

Killybegs native McFadden (pictured with Sean Ferriter tonight) played his part as Declan Bonner’s side ran out 1-16 to 1-12 winners over Tyrone in an exciting final at the Athletic Grounds in Armagh.