GAOTH DOBHAIR WERE this afternoon crowned  Bank of Ireland Paddy McLarnon Memorial Under 21 Football champions following their win over Lavey at Creggan Kickams in Antrim.

The side from Magheragallon had Eamon Colum and a Cian Mulligan treble to thank for their goals and comfortable victory in the miserable conditions to seal a fine victory against the Derry flagbearers. 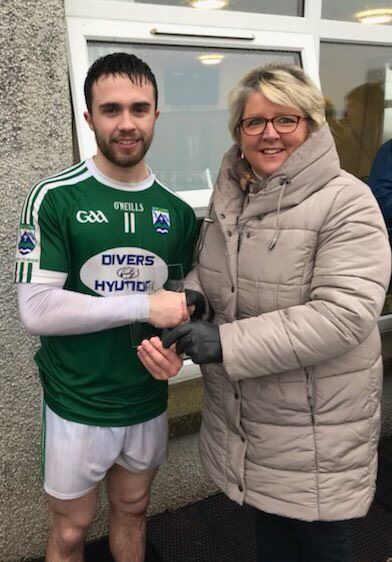 Man of the match Mulligan, who a doubt with a quad injury, made an amazing comeback and his treble in the Donegal showpiece against Naomh Conaill was repeated.

Gaoth Dobhair were 2-4 to 0-3 in front at half-time. Colum grabbed a goal as early as the fifth minute to settle the nerves after good approach play from Naoise O Baoill.

Then, Mulligan scored the first of his three and with Gavin McBride having scored three frees and Daire O Baoill  continuing his good form with a point having helped Donegal to the Dr McKenna Cup on Saturday night, it was a seven-point game at the interval.

Thomas Donnelly scored three first half frees for Lavey and would score their sum total of six on the day. 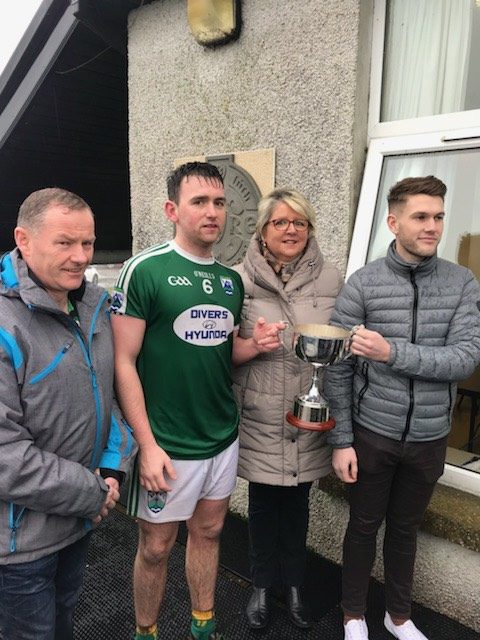 McBride opened the scoring at the start of the second half, when a goal was on, but a point was enough to confirm the Gaoth Dobhair domination. Odhran McFadden Ferry was black-carded, having been yellowed earlier so it was a case of the Donegal champions having to finish out the last quarter with 14 players. Lavey’s Ruairi McGurk saw red in the closing minutes.

McBride and two Mulligan goals, when he ripped through the Lavey defence twice in as many minutes, confirmed Gaoth Dobhair’s first ever win in the competition. 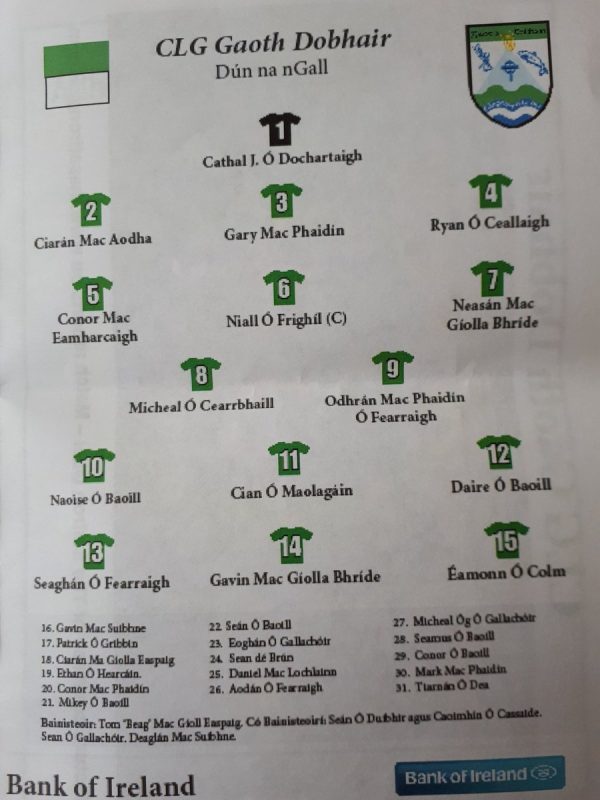