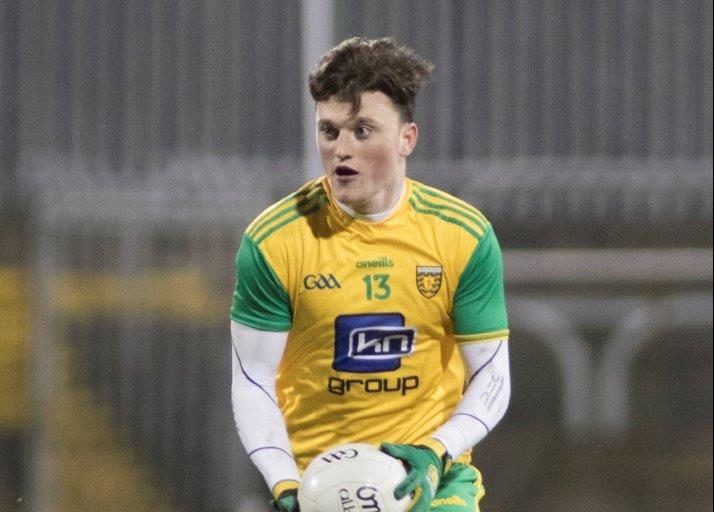 DONEGAL ARE KEEPING their feet on the ground following last night’s victory over Tyrone in the Dr McKenna Cup final.

Declan Bonner’s side ran out 1-16 to 1-12 winners at the Athletic Grounds in Armagh and thus prevented the team managed by Mickey Harte winning the competition for the seventh year in succession.

It was a fine win. Donegal started like a house on fire and thanks to a goal from Martin McElhinney, led 1-7 to 1-2 on just 14 minutes. With the likes of Patrick McBrearty, Ryan McHugh and Leo McLoone not even togged and Michael Murphy and Neil McGee on the substitutes’ bench, Bonner had opted for a relatively inexperienced team, although did have McElhinney and Frank McGlynn playing for the first time in 2018.

Tyrone, too, had a few fringe players in from the off but chasing the game in the second half, Harte brought on Mattie Donnelly, Cathal McShane, Peter Harte and Niall Sludden and thanks mainly to Ronan O’Neill’s accuracy from dead balls, were level at 1-10 to 1-10 on 46 minutes.

By then, it was sink or swim for Donegal’s young team, but they responded excellently with Niall O’Donnell kicking three points – the same total as a notable replacement Murphy.

But it was a night that might be best remembered as Donegal’s youngsters stood up to the challenge. Daire Ó Baoill (pictured above), who will line out for Gaoth Dobhair in the final of the Bank of Ireland Paddy McLarnon Memorial Under 21 Football tournament this afternoon against Lavey, had an excellent first outing and kicked tow points in the first seven minutes.

Conor Morrison came out of a speedy duet with Darren McCurry with nothing but praise, Stephen McMenamin did well in the other corner, Caolan McGonagle saw plenty of ball and Shaun Patton in goal performed admirably in only his second inter-county appearance. These goos showings were noted by their manager afterwards.

“I know them young guys well as I’ve had them for four or five years and I know what they’re capable of and you have to nurture them along,” Bonner said.

“They’ve come in and done a really good job there tonight in a good, competitive match. It was a high tempo game and the lads put in a big shift.

“Niall O’Donnell can see those pockets and he’s a very smart player. It’s one of the young up and coming player and we have to be careful about how we handle Niall. He had a college match there during the week and he will have another coming up shortly, so we have to be careful how we use him.
“We showed good character and that was pleasing. Tyrone came back at us hard a number of times and in the first half we went five or six ahead but Tyrone came back to level at one stage in the second half. We kicked on again and finished the game out well.”
Declan Bonner salutes Donegal’s young guns as they begin to come of age was last modified: February 18th, 2018 by Chris McNulty
FacebookTweetLinkedInPrint
Tags:
2018 Dr McKenna CupCaolan McGonagleConor MorrisonDáire Ó BaoillDeclan BonnerNiall O'DonnellShaun PattonStephen McMenamin