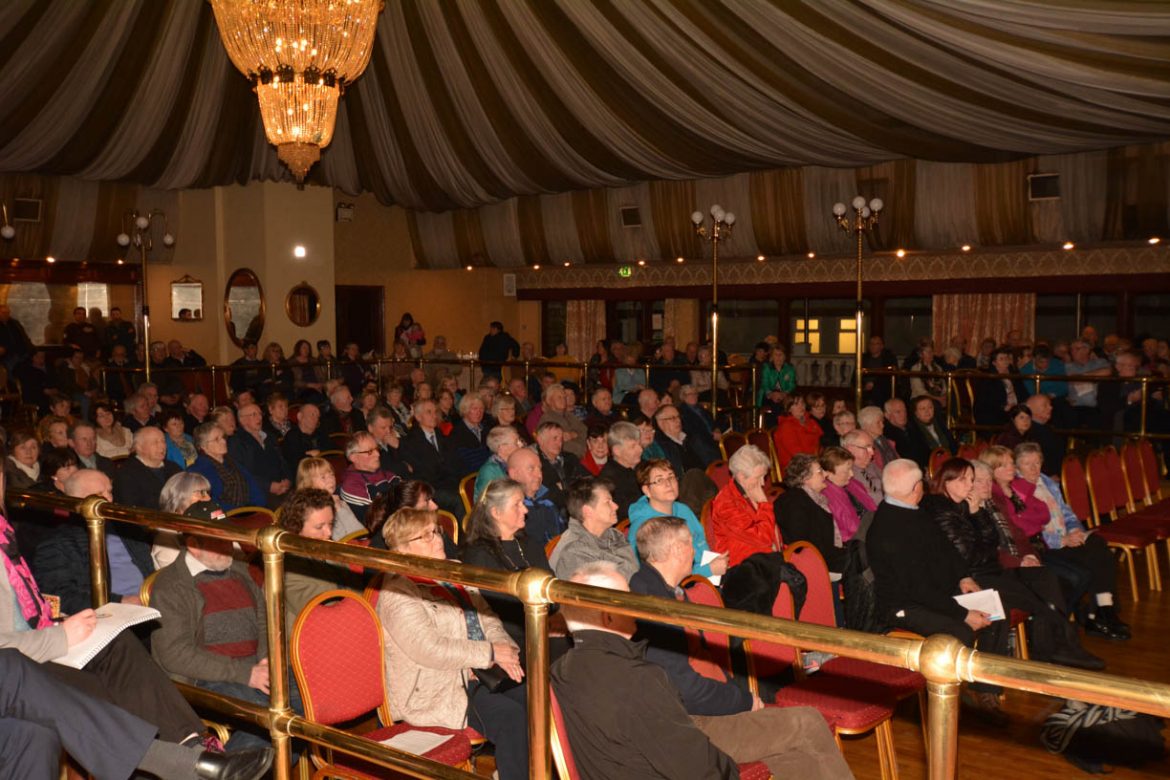 Picture Special: Over 550 attend Save Our St. Joseph’s Hospital meeting

Over 550 people attended a public meeting hosted by the Save Our St. Joseph’s Hospital action group at Jackson’s Hotel in Ballybofey on Friday night.

Many concerns and powerful words were expressed on the night for the future of St. Joseph’s Hospital’s long stay/residential, dementia and short stay beds.

Government policy announced by Minister Kathleen Lynch on Tuesday 26th January 2016, announced the removal of St. Joseph’s, Lifford and Ramelton Residential Care Units to be replaced in 2021 by a new public/private hospital in Letterkenny.

Speaking on the matter previously Pat the Cope Gallagher TD said that: “This is an increditable decision and a retrograde step in the provision of health care in our county.”

Deputy Gallagher said that the government had misled the public on the future surrounding the three commmunity hospitals, and said “it has been shocking how this matter has been handled.”

The only two things that can restore Government confidence at this point, Gallagher says, would be the reversal of the Government policy of January 2016 and the fixture of a capital plan for the long term future of all three hospitals, which would include retoring staffing numbers in all three facilities.

Also present was John Quinn, Chairperson of the Friends of Lifford Hospital who spoke from the floor.

The opening address of the meeting was given by Rev. Adam Pullen, Rector of Stranorlar, Kilteevogue and Meenglass, followed by John Gallagher, Glenfin. 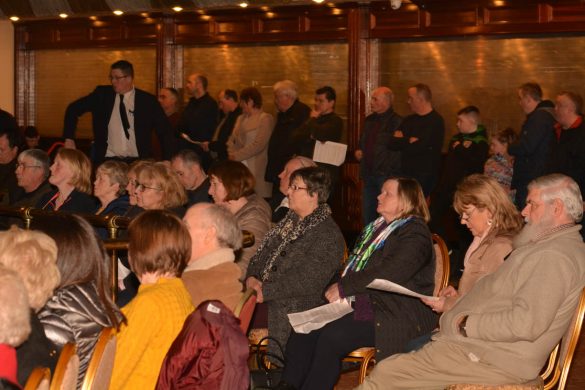 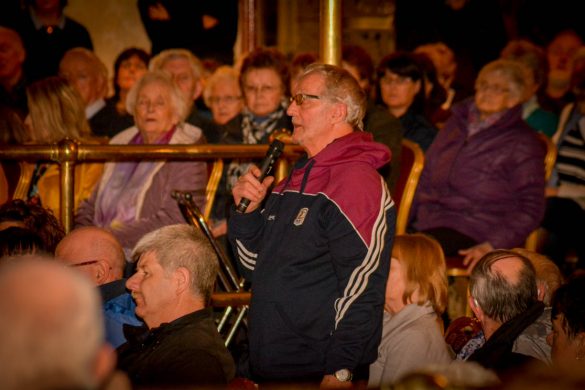 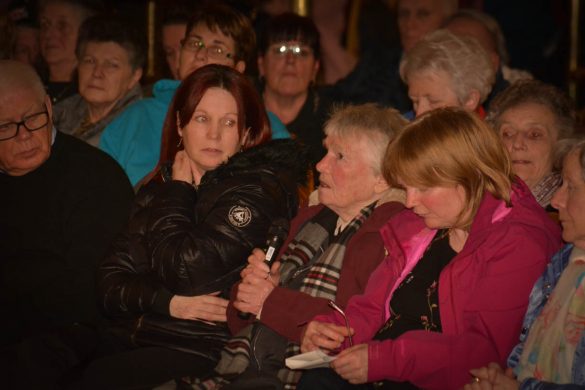 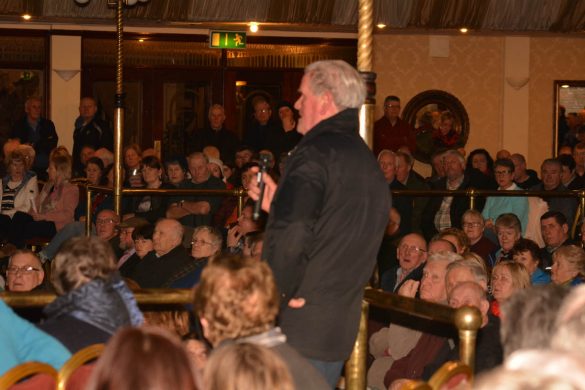 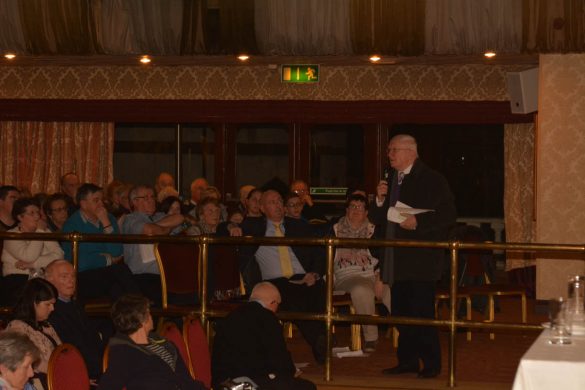 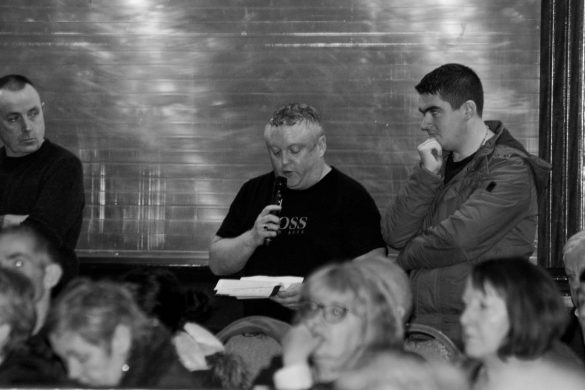 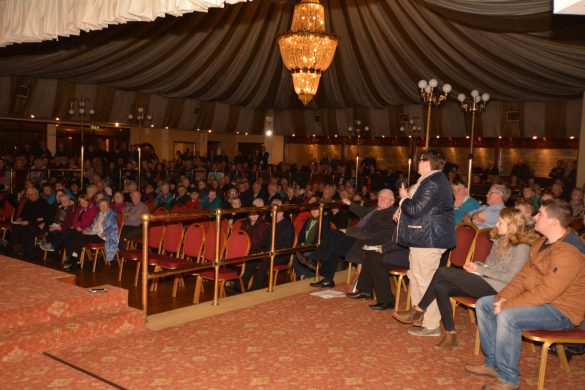 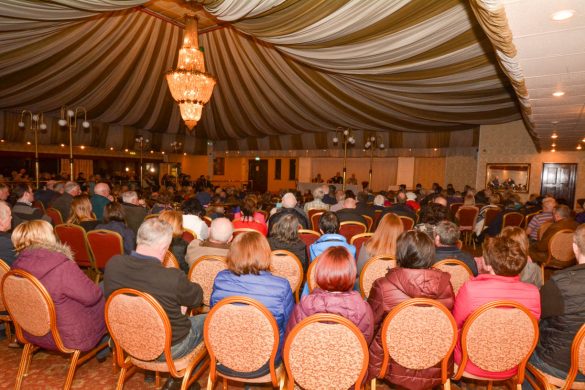 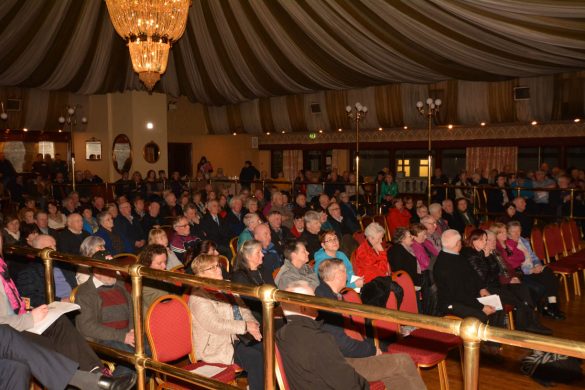 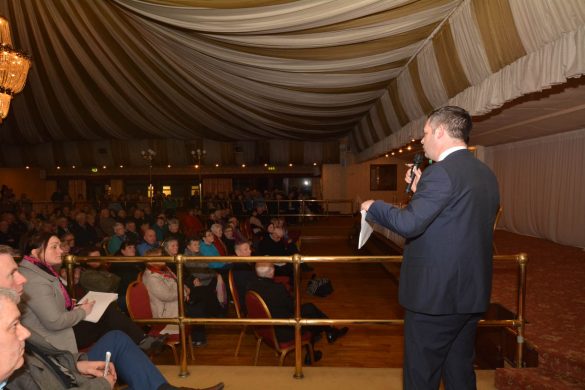 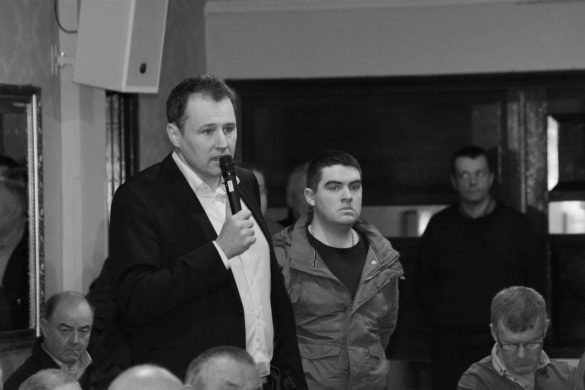