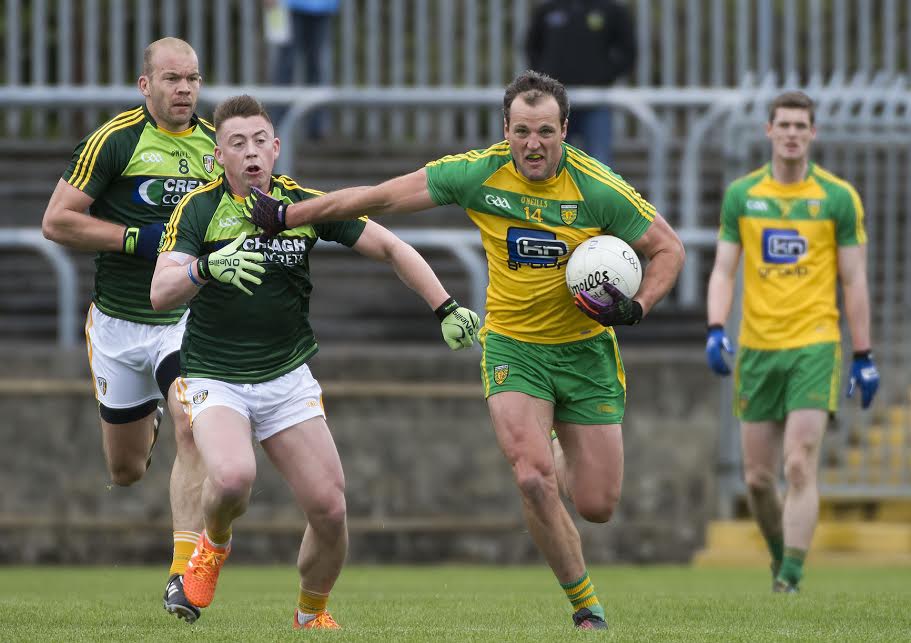 Watch: Michael Murphy’s first point of 2018 was worth waiting for

MICHAEL MURPHY BLEW off the cobwebs to help Donegal over the line in last night’s Dr McKenna Cup final.

Murphy was introduced on 42 minutes and his three late points helped Declan Bonner’s team to a 1-16 to 1-12 win over Tyrone at Armagh’s Athletic Grounds.

Murphy’s first score of the calendar year came on 51 minutes following a pass from Odhrán MacNiallais and it was vintage. BBC Northern Ireland caught the action …