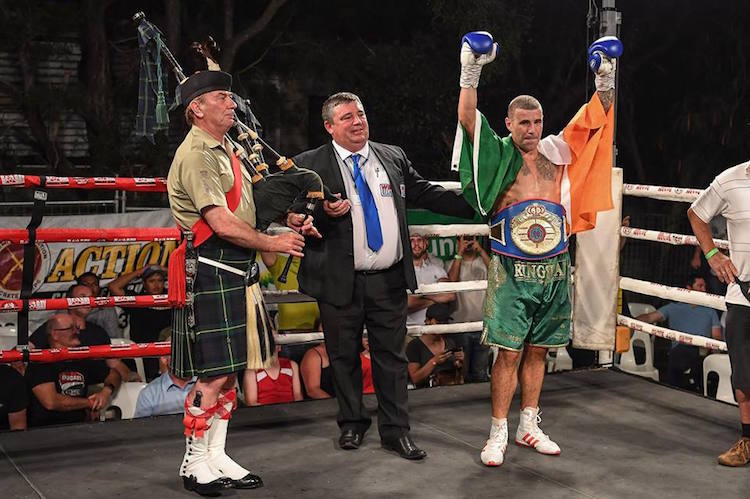 Fourth round stoppage gives John Hutchinson latest win Down Under

‘Buncrana Banger’ John Hutchinson will have a St Patrick’s Day shot at the vacant WBC Asian Boxing Council Continental Middleweight title after recording his latest win at the weekend.

Hutchinson scored a fourth round stoppage of Sivan Hermez at the Edinburgh Castle Hotel, Kedron, Australia.

Referee Tony Kettlewell stepped in during the fourth stanza to call a halt as Hutchinson won for the seventh fight in a row and left with the WBF Australasian super middleweight belt.

“These are the things you dream of when you put the gloves on in an old rainy shed in Ireland,” Hutchinson said.