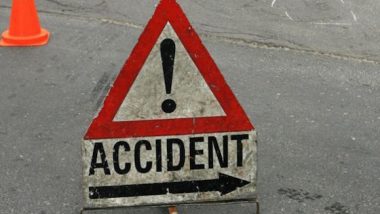 Motorist has lucky escape after crash just yards from river

A motorist had a lucky escape last night when they crashed just feet from a river.

The emergency services rushed to the scene of an accident outside Loughanure village.

A car went off the road and crashed within feet of the Crolly river.

Fire, ambulance and Gardaí attended the scene of the incident just before 9pm.

It is understood that a person was taken from the car but their injuries remain unclear.