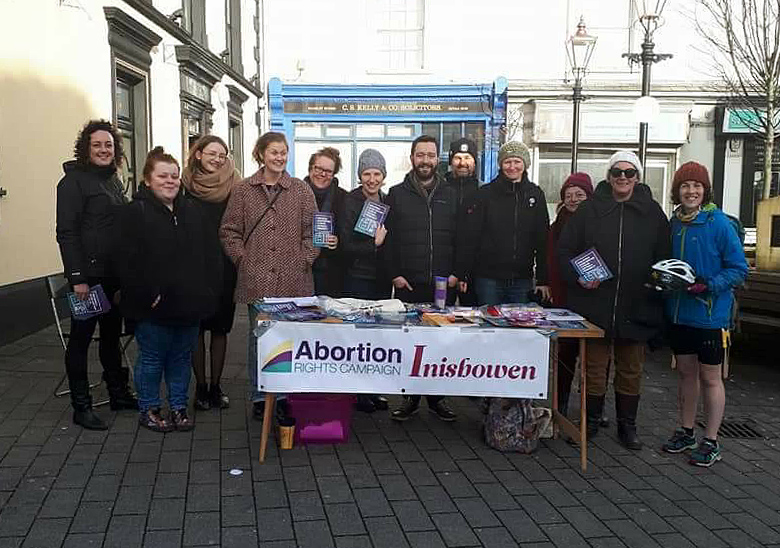 Local organisers with Inishowen Abortion Rights Campaign have welcomed an increase in interest at their latest Information Stall in Buncrana, Saturday 17th of February.

Local ARC volunteer Bauke Roof welcomed the increased, saying ‘Local engagement on the issue is certainly increasing since we held our first stall in August of last year, and we had some very positive, thoughtful, measured conversations with people who were interested in learning about the reality of the range of adverse effects the 8th amendment has on the lives of Irish women.”

“It is never a simple decision and every woman has to make that decision for herself, ideally with the help of her doctor. The reality today is that, because of the 8th amendment, a woman does not get that help. A doctor is prohibited to provide information on abortion and a woman criminalised for obtaining an abortion in Ireland.” 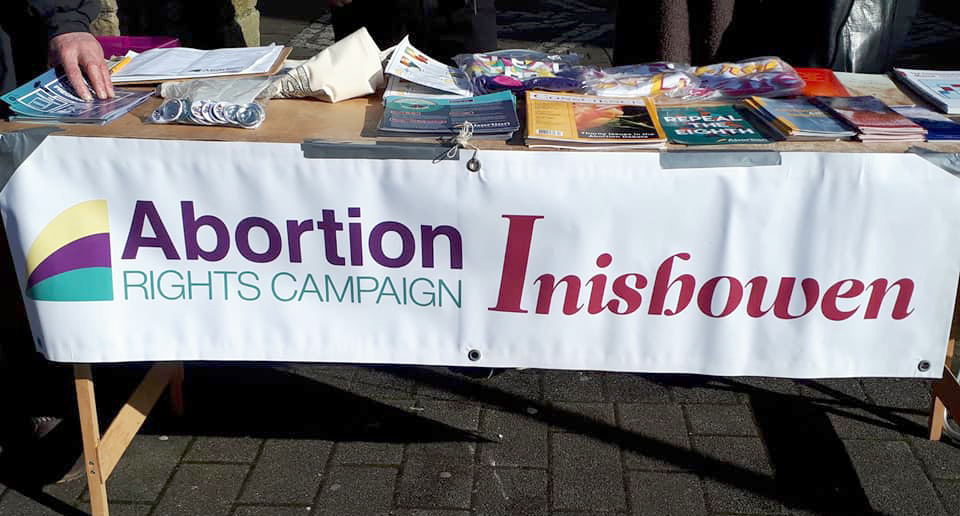 Bauke conceded that it was evident from speaking with people on Saturday that some people have their minds already made up on the issue one way or the other. She also agreed that there is a large number who are undecided and confused on the matter.

She pointed out that the Citizens Assembly heard from a wide range of medical and legal experts, as well as groups representing the full range of opinion from lobby groups. The Joint Oireachtas Committee also heard from expert medical and legal opinion in order to make recommendations for dealing with the 8th amendment and how abortion might be provided for.

“That is a lot of information for people to process”, she continues. “The term ‘abortion on demand’ seems to raise a lot of questions, while the terms ‘on request, limited and regulated’ are more in line to what is being proposed. At our information stalls there is the opportunity to have positive, open conversations about what this referendum proposal means.”

“People are genuinely concerned and they want to do the right thing. The reality is that the 8th Amendment has not had its intended consequences and it is time to deal with that in a mature, realistic way that respects women.”

The Abortion Rights Campaign is supporting the Government and Joint Oireachtas Committee’s recommendations for repealing the 8th Amendment. It is their opinion that repealing the 8th amendment is the best way to allow for the provision of comprehensive pregnancy healthcare in a supportive medical environment for an Irish woman facing a crisis pregnancy.

Bauke adds: “We intend to run information stalls as often as possible in advance of the Referendum to ensure the correct information is available to as many people as possible. Saturday was a great step, but there’s still a job of work to do.”