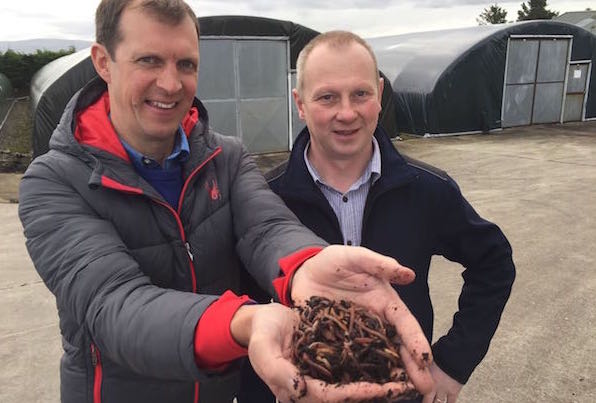 How this Donegal farmer has ‘wormed’ his way to the top!

Donegal farmer Neil Crossan knows how to wiggle into a nice niche in the world of farming.

WBut the Inishowen man isn’t a conventional farmer by any stretch of the imagination.

Generally, most people will think of beef, dairy and tillage farmers to name but a few.

One type that most people wouldn’t think of is the worm farmer.

That is exactly what Neil is doing on his land. He started growing worms in 2002, originally for the recycling market.

However, Neil quickly realized that was not where his business was going to thrive, and started approaching tackle shops.

After five years in business, Neil was supplying worms to shops all around the country.

Neil has now expanded the business and has four tunnels containing his worms and he also grows wheatgrass to sell on to health shops.

Darragh McCullough from RTE’s Ear to the Ground television show visited Neil in Quigley’s Point to find out more about his business, aptly named Living Green.

You can see how he got on when the show is broadcast this Thursday at 8.30pm.

How this Donegal farmer has ‘wormed’ his way to the top! was last modified: February 21st, 2018 by Stephen Maguire
Facebook0Tweet0LinkedIn0Print0
Tags:
donegalEar to the Groundquigleys pointRTEworm