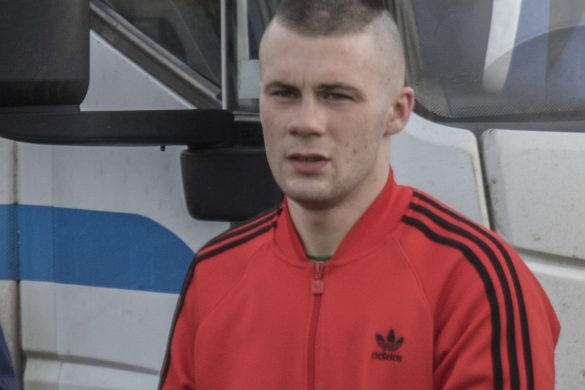 A young Letterkenny man has been jailed for a total of ten months following a crime spree which lasted three years.

Paddy Sweeney appeared at Letterkenny District Court charged with a litany of offences including assault, trespassing, theft and domestic violence.

The 20-year-old is currently serving a four-year jail sentence for assaulting and robbing a former postmaster on St Patrick’s Day in 2016.

Ed Margey was punched and repeatedly battered from behind by Sweeney at College Farm Road in Letterkenny.

Sweeney only stopped attacking Mr Margey when he threw a €50 note on the ground and then fled.

Sweeney was taken from Castlerea Prison where he pleaded guilty to all charges before him.

Judge Paul Kelly said the two “headline charges” were that of attacking two people outside their holiday home in the seaside village of Downings on August 3rd last.

Sweeney had been drinking with friends when he set upon the man and the woman in an unprovoked attack.

Both suffered serious injuries with the man hospitalised for four days for treatment to a broken nose, broken cheekbone and broken bones in his mouth.

The court also heard how Sweeney had been drinking with a friend at the Oasis Bar in Letterkenny on February 10th last year.

The man left the bar to go shopping but Sweeney attacked him, bit him in the ear and the beat him unconscious before robbing him.

He told Gardai he didn’t recall the incident because he had been drinking so much.

Judge Paul Kelly was given outlining details of several other charges including numerous charges of robbery of alcohol from shops as well as domestic violence and breaching barring orders from his mother’s house.

Solicitor Donough Cleary told the court that Sweeney’s drinking and behaviour was so bad that his mother and father had been forced to turn him away from the family home.

However, they were in court to show support for their son.

Another solicitor, Rory O’Brien, also represented Sweeney on a number of his charges.

He added that his client was trying to address his alcohol issues in jail and had completed two courses, one on addiction studies.

“His mother says she has seen a noticeable difference in him. He wants to do carpentry but he has destroyed his formative years through alcohol.

“He also wants to apologise to the victims, particularly of the robbery,” said Mr O’Brien.

Judge Paul Kelly sentenced Sweeney to a total of ten months in jail for the two serious assault charges and took the other charges into account.

He also fined him a total of €300 for public order offences.