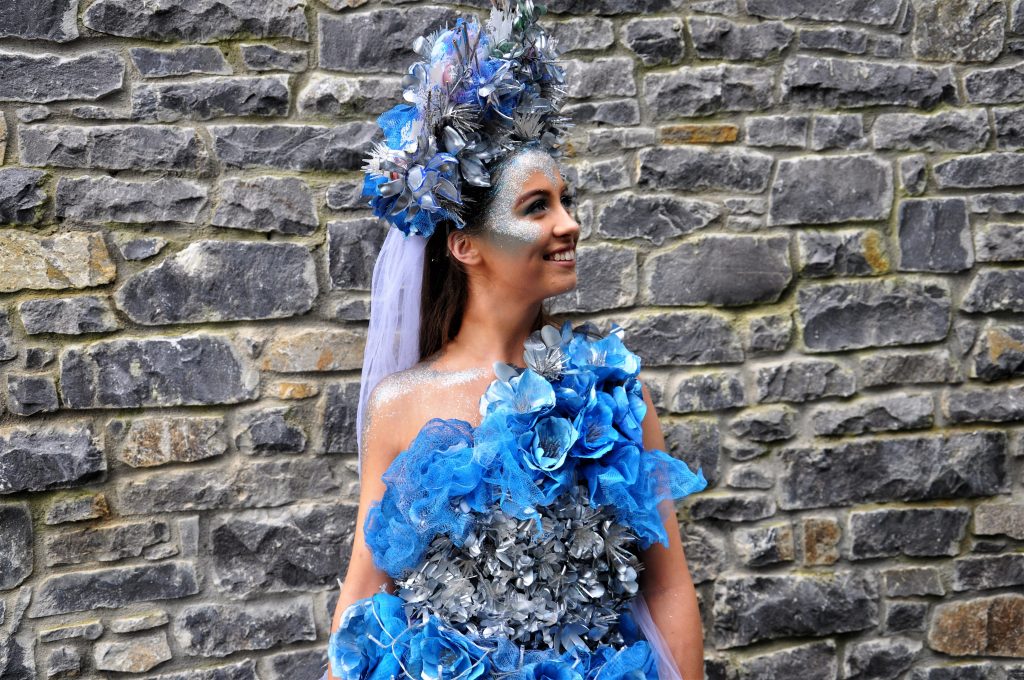 An ocean of possibilities lies before three Letterkenny secondary school students as they make a statement in an upcycling design competition.

Aisling Ní Shiadháil, Niamh Ní Shiadháil and Rebekah Nic Giolla Bhain from Colásite Ailigh in Letterkenny have made it to the Regional Final of Junk Kouture 2018 with this show-shopping ensemble. 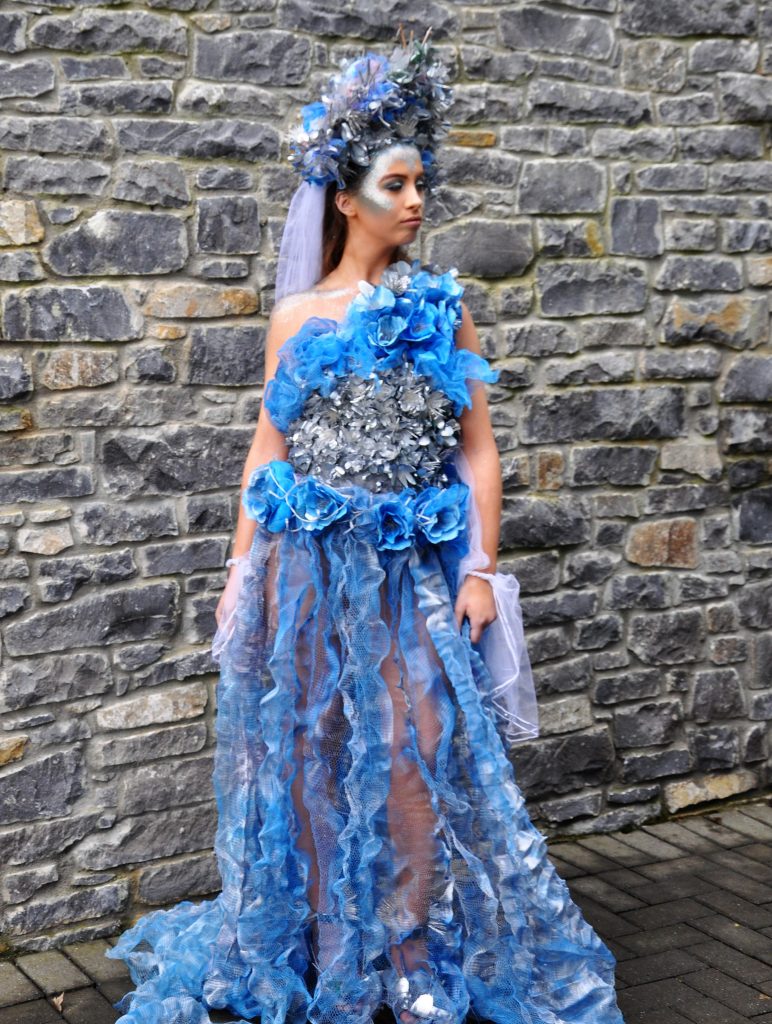 The students created a dress, entitled “Bottled Ocean” which is made out of plastic bottles, old Christmas decorations and shower loofahs.

Their inspiration behind the dress was to highlight the issue of pollution in our seas, especially plastic.

Aisling, Niamh and Rebekah will display their dress in the Junk Kouture Regional Final on the 1st of March in the Millenium Forum, Derry, where they will be reiterating their campaign against sea pollution. 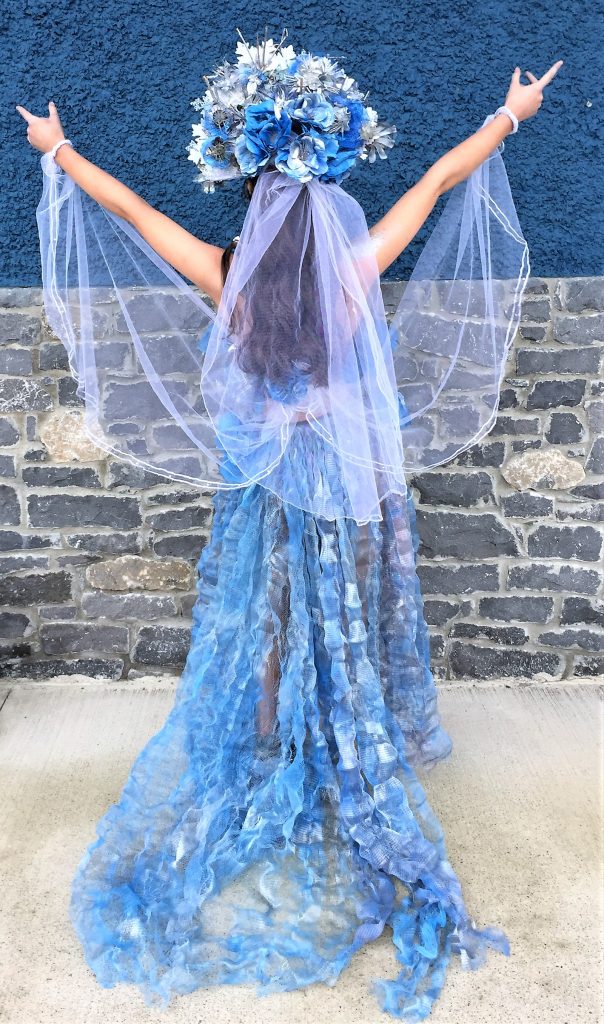 Bank of Ireland Junk Kouture is a national contest which encourages young designers in second level education to create striking couture designs and impressive works of wearable art from everyday junk that would normally find its way into the bin.

As part of the judging process, the public can get involved by casting a vote for their favourite design through the Bank of Ireland Junk Kouture voting app. Voting is now open until Friday. Individuals can cast a single vote every 24hours.

Votes account for 10% of the final mark and can make a huge difference in such a heated competition.

To vote for Bottled Ocean and all the other creations by local designers, visit https://app.junkkouture.com/home