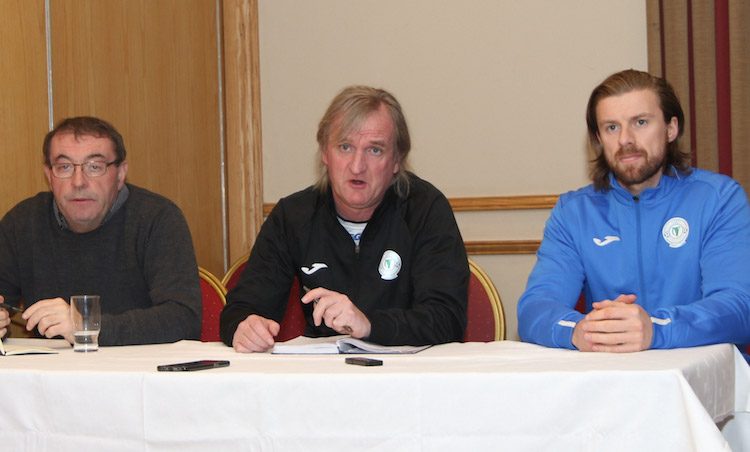 Finn Harps have indicated that a ‘significant announcement’ will be made regarding their new stadium ‘inside weeks’.

Harps supporters have long since feared for the embattled project, first mooted at the AGM of the Finn Harps Co-Operative Society as far back as 2004, to relocated the club across the Finn to Stranorlar.

Work has stalled on the development since late 2014. Four years ago, the skeleton of a stand was erected and can be seen from the Railway Road, but work halted and has yet to resume.

The delay in the contract work is said to centre on issues with the drawdown of funding, but club secretary John Campbell says that all may not be lost.

“There has been significant progress on it,” Mr Campbell told a press conference in the Mount Errigal Hotel, Letterkenny.

“It has been frustrating at times. It has moved on.

“We have had it said many times that it is going to happen. We are very hopeful that, inside weeks, that there will be a significant announcement on the stadium. 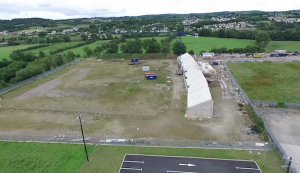 “There have been a lot of false dawns on this, but in fairness to the people working on it, under Paul McLoone, there has been progress and it has progressed significantly. It is awaiting a decision to progress further.”

Harps’ ‘matching funding’ for the ambitious development is in the form of the existing stadium on Navenny Street, Ballybofey and the club currently requires a derogation from the FAI to play at Finn Park.

Despite playing in the First Division, Harps were granted a Premier Division licence for 2018.