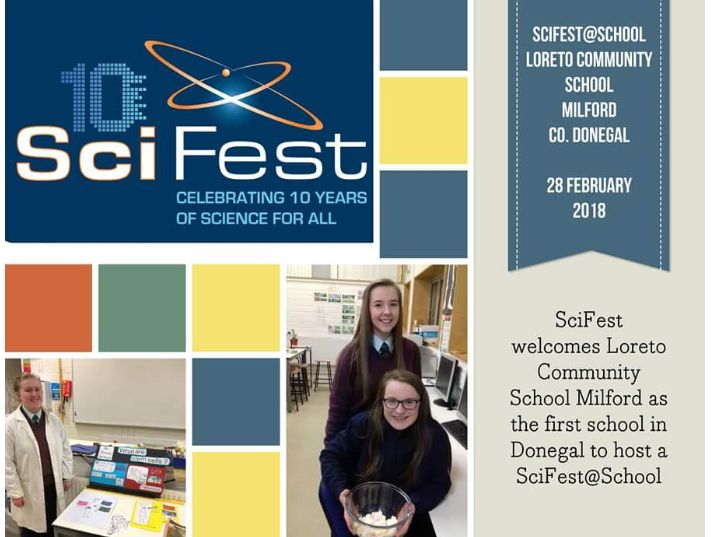 The secondary school is making history as the first and only school in Donegal to host a scifest@school event this year.

SciFest is a series of one day science fairs, funded primarily by Science Foundation Ireland, Intel and Boston Scientific. SciFest@School is where a second-level school hosts their own in-house SciFest science fair

Projects on display at Loreto Milford will include “Micro plastic, Macro problem”, “Does exercise improve memory retention” and “The science of lying”.

Winners from the SciFest fairs go on to compete in a national final each November for the chance to represent Ireland at the Intel International Science and Engineering Fair (ISEF) in the USA.