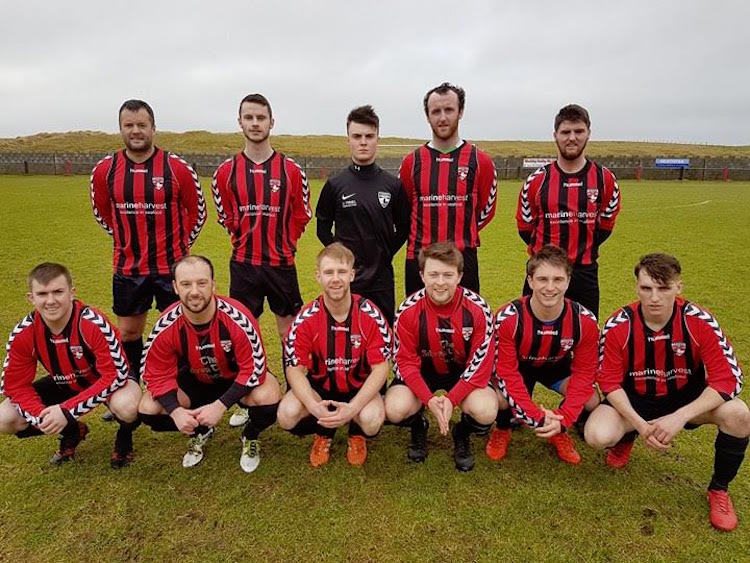 Defending champions Cockhill have taken Fanad’s mantle as the kingpins of the USL and will look to lay down a marker against Arthur Lynch’s men this weekend.

In December, Fanad – thanks to goals by Tony McNamee and Oisin McMenamin – defeated Cockhill 2-0 at Traigh-A-Loch; a result that really strengthened Fanad’s credentials as title contenders.

Fanad have maintained their charge, although a recent 1-1 draw against Bonagee, when McNamee scored a last-minute leveller, was a damaging blot upon the copybook.

Fanad, though, shook their heads clear and overcame Milford United 2-1 in the Knockalla Caravans Senior Cup and then hammered Swilly Rovers 7-0 in the League.

Fanad, the record 14-times USL champions, have certainly undergone something of a renaissance since Lynch has taken charge. Questions remain of whether they can last down the home straight, but Sunday’s is an important one for them as they look to stay in touch.

The sides are locked on points, although Cockhill do have a game in hand.

Cockhill duo Peter Doherty and Malachy McDermott were part of the Ulster/Munster selection that overcame Leinster/Connacht 1-0 in the Regions Cup play-off at the weekend while Jimmy Bradley was also on the squad.

Cockhill have won the last five USL titles, but recent departures by Garbhan Friel and Mark Coyle have weakened the hand somewhat.

But Fanad haven’t been found wanting of late and McNamee and McMenamin have added a real sense of guile and purpose to their ranks, with Davitt Walsh, Matthew Crossan, Shaun McElwaine and Seamus Friel give them a solid, experienced feel.

The bottom two, Bonagee United and Swilly Rovers, meet at Dry Arch Park on Saturday evening. Bonagee will have been buoyed by Saturday’s 4-1 win over Clonmany Shamrocks in the Knockalla Cup.

There will be plenty of intrigue, too, about the meeting of Finn Harps Reserves and Derry City Reserves.