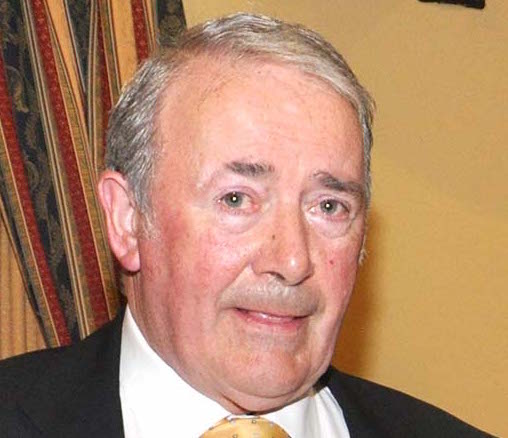 A well-known charity fundraiser has demanded the Good and New cancer charity return more than €3,000 which he donated to them.

Jimmy Carroll, a well-known fundraiser in Creeslough, has demanded the money be returned over ‘issues of transparency’ at the charity.

He has demanded that the cancer charity return funding in excess of €3,000 donated three years ago on behalf of the Creeslough group as a matter of urgency.

Mr Carroll’s claims to the Tirconail Tribune that he has not been given a receipt for the cheque donation has been denied by Good and New.

A statement issued by the cancer charity on Wednesday said the fundraiser had received a letter from them.

“Mr. Carroll was issued with a letter of acknowledgement for the donation of €3022.74 on the 21st May 2015. In addition our accountants have a record of this amount being received on the 18th May and lodged in the bank account on the 26th May 2015.”

However, Mr. Carroll said his comment about not getting a receipt has been ignored in the response.

Jimmy Carroll and members involved with the local Massinass Hall in Creeslough presented Good and New with a cheque for €3,022 in May 2015 and he now says he regrets raising funds for this charity and wants his donation returned.

Mr. Carroll was reacting after it was confirmed that the Charities Regulator had visited the Good and New premises and said the charity is not in compliance with its legal obligation to keep proper books of account.

He said: “I was misled into believing that the cancer bus was urgently in need of funding or else it would have to be taken off the road.”

He added “If only I’d known about the issues of transparency I’d have stayed a mile away from the place. I am ashamed that I ever had any contact with Good and New.

“I am angry, disgusted and gutted and feel that my integrity and those who assisted me have also been compromised. Funds raised for Good and New should now be refunded if only to restore the credibility of the groups involved who raised so much money.

“These funds should go to more worthy causes that urgently need resources and with no great way of raising them.   I was already planning to raise more funds to keep the bus on the road as the story broke in the Sunday Times.

“I’m shocked to learn that the charity had over €400,000 in the bank and had purchased a new building. I want to make it clear that I did not set out to raise money for any buildings or to add to the Good and New bank balance when there were at least a dozen other groups who could have used the monies we raised,” he added.

Mr. Carroll has also raised substantial funding for the Irish Heart Foundation: The Donegal Hospice: the Defibrillator in Creeslough: the Creeslough Day Centre and last year alone contributed a cheque for €10,000 to Brother Kevin’s Capuchin Day Centre in Dublin.

“I feel that my good name has been tarnished with being involved with Good and New when they had so much money in the bank.  I am now asking that all monies that our group here in Creeslough raised be returned immediately so that we can distribute it to more charitable causes locally and here in Donegal.

“I am deeply shocked that I went around doors  begging and ‘cadging’ donations for a charity that was already so wealthy, I feel a sense of shame about the manner in which I’ve been misled,”

Mr. Carroll continued: “I went out of my way to raise and donate a cheque for more than €3,022 to Good and New. The funding was raised at a number of events and I visited family homes begging people for their support.  But it was not until the accounts of Good and New appeared in the Sunday Times last November that I became aware that this company was cash rich and as a consequence I was misled into an urgent campaign to help out and keep the cancer bus on the road for the well-being of Donegal people having treatment in Galway.”

At the moment Jimmy is considering another fundraiser for Brother Kevin Crowley who is well remembered for his time at Ards Friary.

The Tribune also forwarded a query to the PR company representing the Good and New charity.

The spokesperson was asked “You informed us on January 18th “As far as we are aware, the organisation has complied with all the regulator’s requirements.”  Given your clarification to us on January 18th why would the involvement of officers from the Charities Regulator’s Compliance Office impose ‘intermediate sanction’s on Good and New with Monday March 26th the final date for compliance?”

A response from the public relations company said “The volunteers are working hard to implement the compliance requirements, which the Regulator has requested, within the time period specified and this at an advanced stage. Everyone involved is keen to ensure these changes are in place as soon as possible so that The Good and New Charity can focus on continuing to do good work for those who depend on their services in Donegal and this is our focus at the moment.”