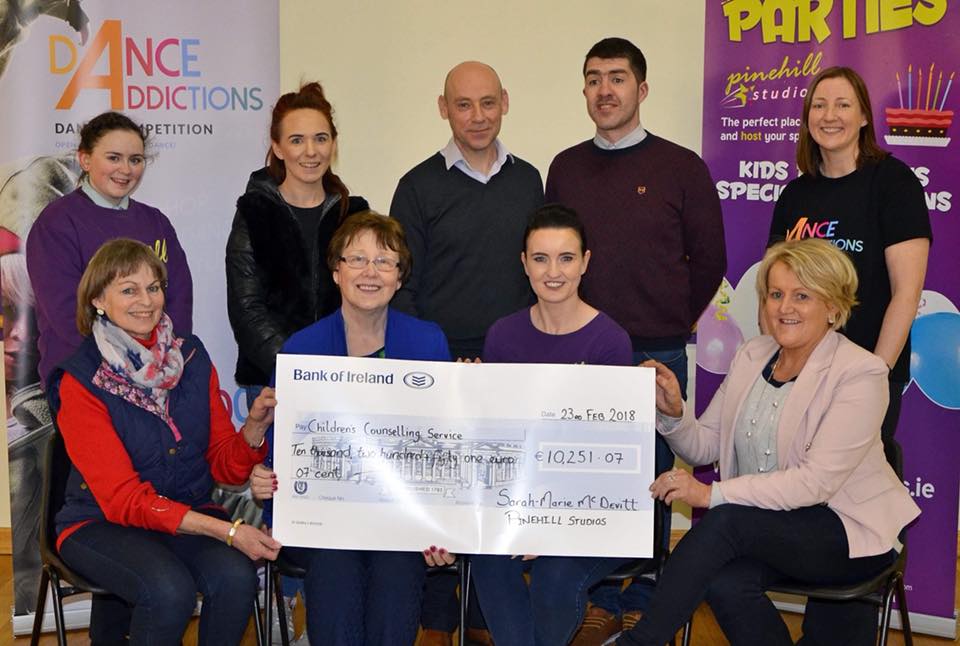 The grand total of this year’s Dance Addictions contest has been counted up to a whopping €10,251.07.

The proceeds were officially presented to The Raphoe Pastoral Centre Children’s Counselling Service yesterday, marking another successful year for the popular fundraising event.

The Dance Addictions contest on January 27th brought together 18 acts from around the north west to compete in an electrifying showcase of talented young people.

Dance Addictions, now in its fourth year, was set up by Sarah-Marie McDevitt of Pinehill Studios in memory of her godfather and uncle John Glackin. The first event raised funds for the Donegal Hospice in honour of the great care John received.

Over €30,000 has been raised for local causes so far, and this year marks the biggest total yet.

Pinehill Studios and The Children’s Counselling Service would like to thank everyone who took part, sponsored and attended the event. Also to everyone who helped out on the night making it another successful event.

The funds raised will be used to support the many children and adolescents who attend counselling at the voluntary organisation. Donegal Daily visited the centre to discover how demand is growing for children’s counselling, and how the team plans to develop the service to answer that need. Read the feature here:

Catch up on Dance Addictions 2018 in these picture specials:

Picture Special: Audience gets hooked on Dance Addictions – were you there?