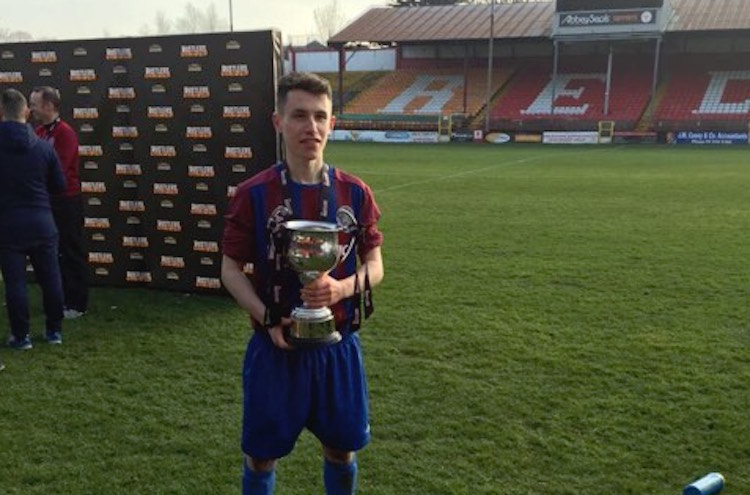 Trinity college beat UCC today to win the Harding Cup for the first time in 21 years and Evan McCroary played the full 90 minutes for the winners.

It was the third day in a row McCroary played the full game for Trinity.

The ex-Bonagee United man had another fine display at right back with his Trinity team only conceding one goal in the tournament.

The winning goal came in the 45th minute from James Woods, after Trinity had a goal earlier in the half ruled out for offside.

It was double delight for the former St. Eunans College student as his Finn Harps Reserve team mates beat Derry today 2-0 in the USL with his twin brother Dylan playing for Harps.