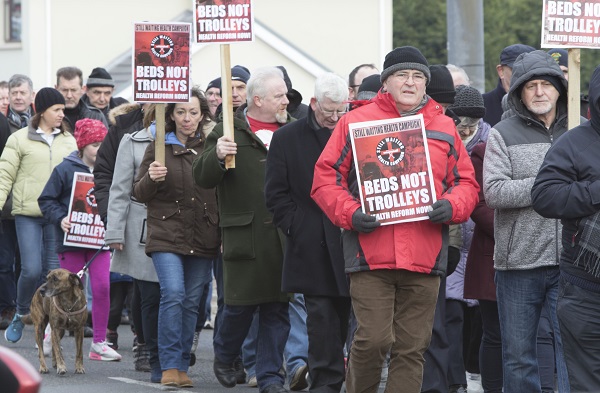 Hundreds of people have marched today to protest at conditions at Letterkenny University Hospital.

The large crowd marched from the hospital to Letterkenny’s Market Square where a rally was held.

The protest, organised by the Still Waiting Campaign, was held in response to the increasing number of people being left on trolleys at the hospital.

It was also in response to figures that show that a full capacity protocol has been implemented at the hospital on 242 occasions in 2017. 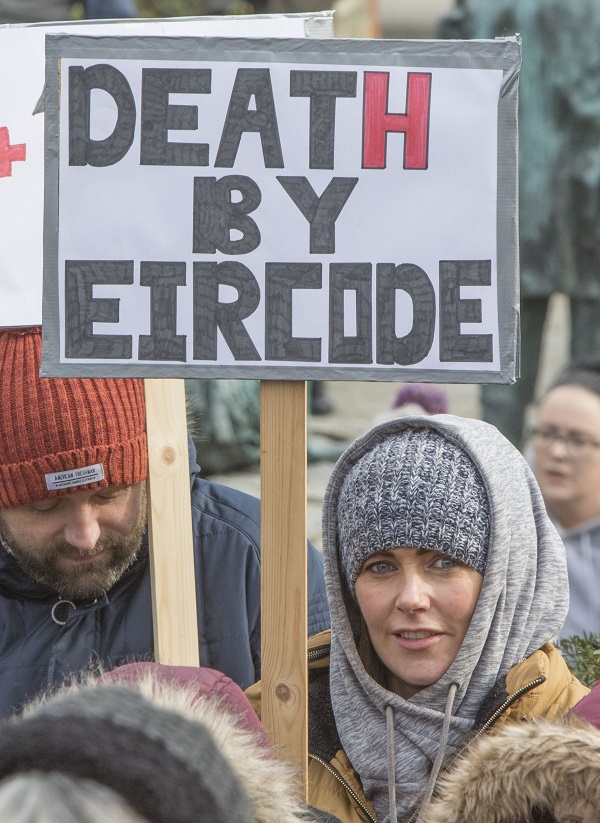 One of the protestors at the march in Letterkenny raising awaareness of the need for a better service at Letterkenny University Hospital. (North West Newspix)

Among those who attended the protest rally was Deputies Pearse Doherty and Thomas Pringle as well as Senator Padraig Mac Lochlainn.

Those who attended the rally carried placards which read ‘Death by Eircode’, ‘Beds not Trolleys’ and ‘Donegal The Forgotten County.’

Organiser Cyril Brennan said people wanted doctors, nurses and all those who worked in the hospital to know that they stood firmly behind them.

“However, the reality is that our services at the hospital are being downgraded before our eyes and Donegal really is the forgotten county,” he said. 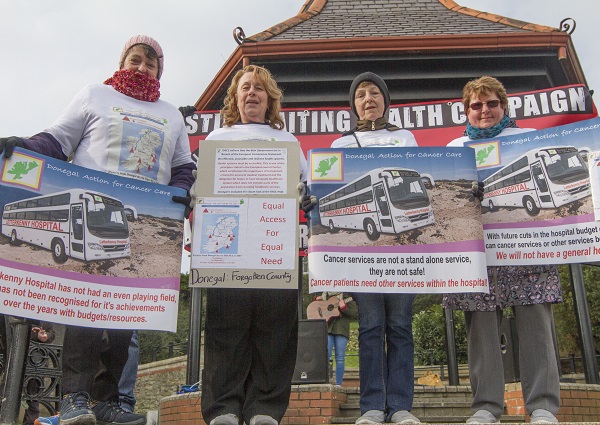 Marie Kelly, Betty Holmes, Rose Boylan and Marie McDaid at the protest in Letterkenny to raise awareness of the need for beds at Letterkenny University Hospital. (North West Newspix)

Betty Holmes, of Donegal Action for Cancer Care, revealed that a total of 108 patients have so far received treatment in a cross-border agreement with Derry’s Altnagelvin Hospital.

But she added that the reality is that such services as urology have been lost at Letterkenny University Hospital because of a deliberate downgrading campaign.

Senator Padraig Mac Lochlainn said Letterkenny University Hospital was the sixth largest in the country with 23,000 patients being treated each year.

He added “But the reality is that other hospitals are receiving three to four times as much money as us. We are being shafted.”

Independent Deputy Thomas Pringle claimed it was no coincidence that there were no Fine Gael or Fianna Fail representatives at the protest rally.

“People have said here today that politics and politicians don’t matter but I disagree with that. It was Fianna Fail who closed the beds and it is Fine Gael who are keeping them shut,” he added. 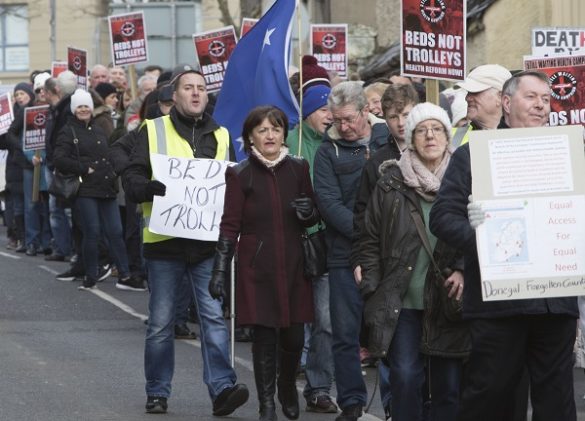 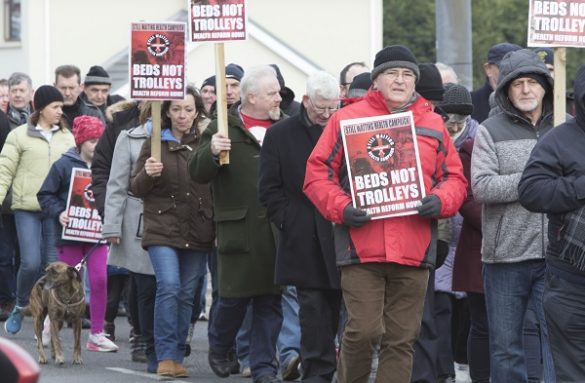 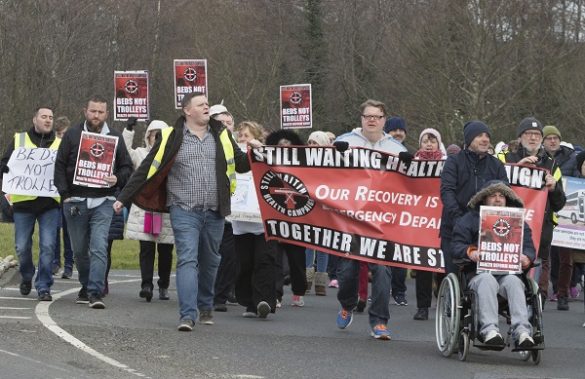 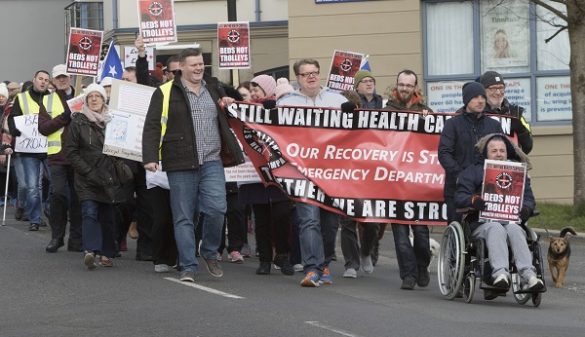 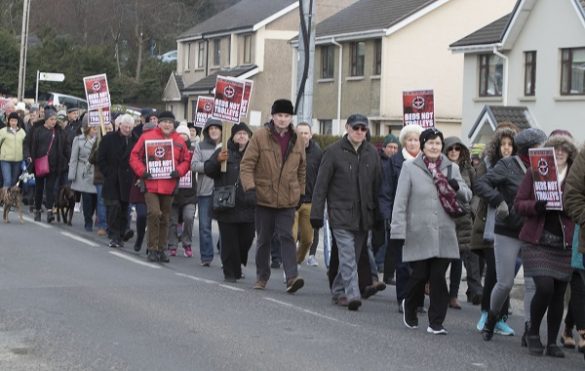 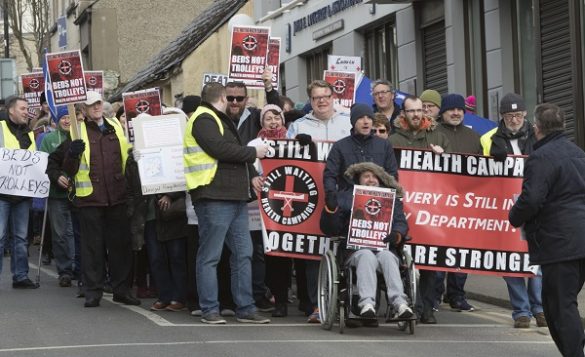 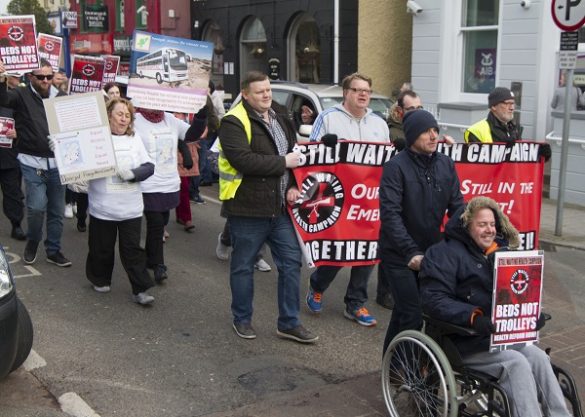 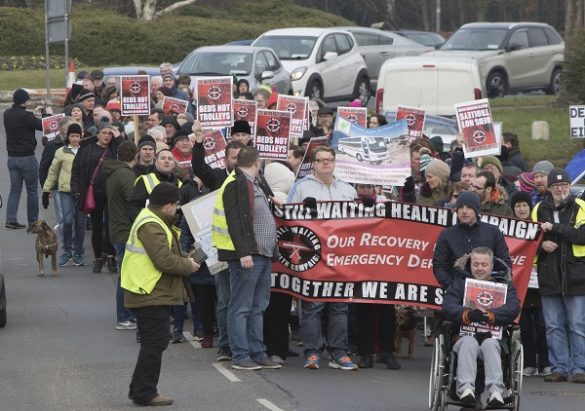