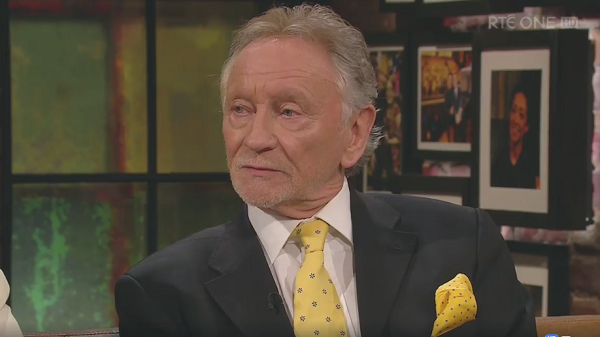 Phil Coulter: “Lough Swilly was the scene of some of the most painful experiences in my life”

Musician Phil Coulter has spoken of the pain of losing two of his siblings in unrelated drowning incidents in Lough Swilly.

The Derry native appeared on the Late Late Show last night alongside his wife Geraldine Branagan.

After discussing how Dubliners legend Luke Kelly encouraged him to write about more personal experiences, Ryan Tubridy asked about Lough Swilly, which features in songs such as ‘By the Shores of Lough Swilly’ and ‘Star of the Sea’.

“It was the scene of some of the happiest times of my life with my two brothers and two sisters when we were kids, and we would rent a little house on the shores of the swilly in Inishowen,” Coulter explained.

“We’d learned to swim in that stretch of water, we’d play for those endless days in the summer together, and then in adult years it was the scene of some of the most painful experiences in my life when in two separate, unrelated incidents, both my sister and brother were drowned in Lough Swilly.”

Phil Coulter’s brother Brian perished in the waters in 1984 while windsurfing.

“My brother was windsurfing, he had windsurfed around the world. It was in the month of November/December so there were no boats in the water, and people could see from the shoreline, the wind had got up very quickly, very suddenly, and Lough Swilly can be very treacherous. They could see that he was in difficulty.

Despite calling the emergency services, it was too late, Coulter says.

“The tide and wind had blown him out.”

In a separate incident, Coulter’s sister Cyd, a social worker, was tragically killed when one of her clients, who she had been attempting to help, drove them off of Buncrana pier.

“And with my sister, if anything it was more painful because she was a counsellor for people with addiction problems and she was called away from one of her kid’s tenth birthday party.

“She got this panic call and she said ‘I’ll put the ice cream cake in the fridge and we’ll finish this when I come back but I’ve got to go and see this client’.”

“Well, unfortunately, he was on a suicide trip and was determined to take her with her, and that’s what happened.”

They then took a moment to listen to Sinead O’Connor angelic performance of ‘By The Shores of Lough Swilly’.

To watch Coulter’s full interview, you can catch up on the RTÉ Player.

Phil Coulter: “Lough Swilly was the scene of some of the most painful experiences in my life” was last modified: February 25th, 2018 by Elaine McCallig
Tags:
briancydLate Late ShowLough SwillyPhil coulter