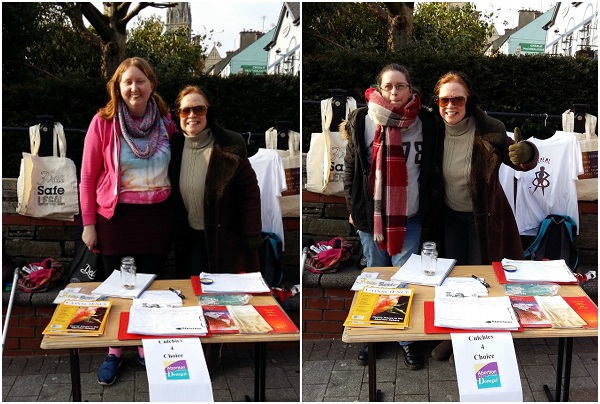 Under the sign Culchies for Choice, volunteers provided information on the Yes Campaign and pregnancy healthcare in Ireland.

This was the third information stall the group has held in Letterkenny since the start of the year, and similar events have been held in Inishowen and Donegal Town. Interest in the campaign is growing, volunteers said.

A spokesperson says: “The Yes campaign says that the forthcoming referendum is about making it legal for a woman to have access to abortion care in Ireland.

“The Eighth Amendment forces a woman to travel to the UK, or further afield to access the healthcare she needs. Alternatively, she risks prosecution by ordering abortion pills online that she has to take without medical supervision at home.”

As part of the campaign, Donegal ARC will hold regular information stalls around the county, offering information on the Eighth Amendment, and why they are pushing for it to be repealed.

“Over the two hours we had loads of people stopping by, from both sides of the border,” volunteer Sharon McMenamin said.

“There was a very positive response.”

Women and men engaged with the volunteers and signed the campaign petition calling for repeal of the Eighth Amendment.

Volunteer Rua O’Neill said some of the people who called by the stall also shared their own stories.

“The Yes campaign says that there are so many different stories from women of all ages and their families.

“There is no one reason why a woman decides to have an abortion. Many already have children, many were using contraception, while others face serious health problems.

Volunteers on Saturday shared information on how people in Donegal, often referred to as “the forgotten county”, are affected by the Eighth Amendment.

The spokesperson continued: “Whether the current Brexit negotiations result in a hard or soft border, Brexit will make travelling to England for medical care even more difficult and harder to access for people in Donegal.

“At least 63 women from Donegal travelled to England for an abortion in 2016.

“The campaign is about choice, and about supporting pregnant people to make private healthcare decisions in a regulated healthcare structure,” the spokesperson concludes. 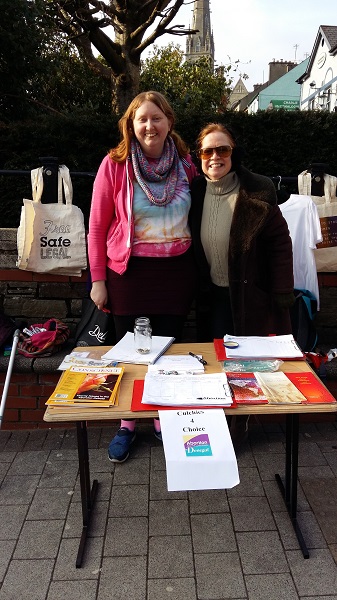 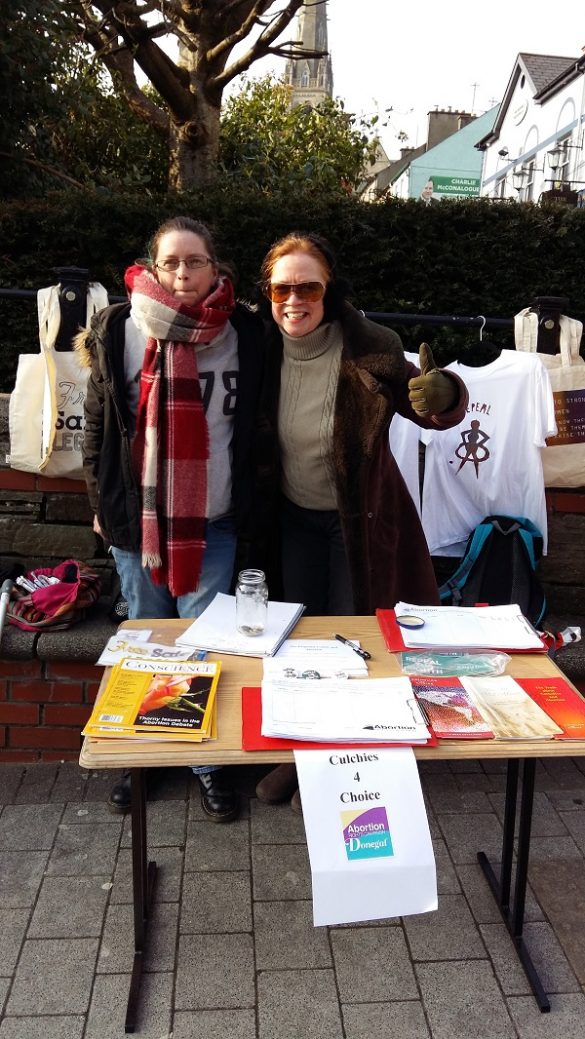