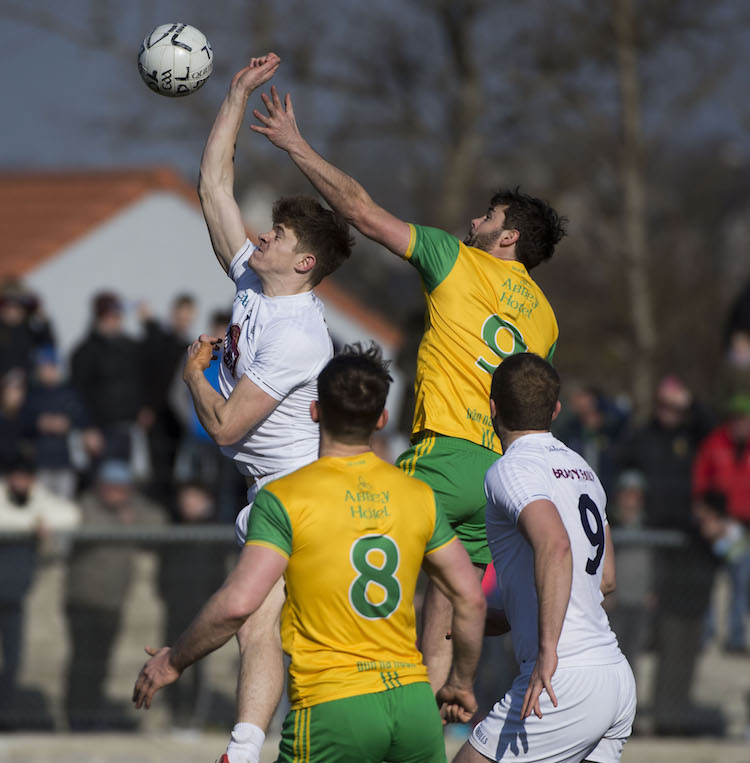 Donegal trail against 14-man Kildare at half-time in their Allianz League fixture at Fr Tierney Park.

Two fisted points in the dying moments of the half have Donegal in contention.

Kildare got in for a goal after only seven minutes. Tommy Moolick and Ben McCormack combined to set up Daniel Flynn, who rounded Shaun Patton to score.

Donegal had a let-off three minutes later. Flynn palmed home after taking a lofted pass from McCormack, but referee David Gough chalked it off for a square ball infringement.

If that got Donegal off the hook, then the reduction of Kildare’s numbers, when Eoin Doyle was bizarrely sent off in the 16th minute tilted the scales in the hosts’ favour.

Doyle had already been booked and warned for not wearing a gum shield. The Lilywhites’ centre-back was given a second yellow card, with the mouthpiece apparently stuffed down his sock at that stage!

Donegal have captain Michael Murphy restored to the starting XV and could have been level, but for a handful of wides in the first 35 minutes.