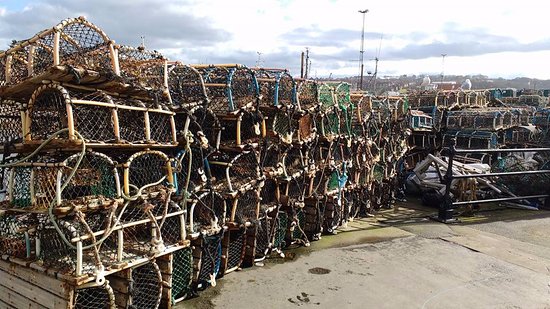 Gardai are investigating an arson attack on a fishing trawler docked a pier in Fanad.

The boat, which was moored at Ballywhoriskey Pier on the Fanad Peninsula, was set alight on Thursday evening.

Hundreds of lobster pots were destroyed in the fire and the boat was damaged.

The boat was only recently purchased by a young local skipper.

The fire, located at a remote pier, was first noticed just after 5pm and caused thousands of euro in damage.

Gardai have confirmed that they believe the fire may have been started maliciously.

No arrests have yet been made but a full investigation into the blaze has been launched.

A Garda forensic team spent all day on Friday exmaining the scene for clues as to the cause of the fire.

A spokesman said “Gardaí are investigating a criminal damage by fire incident at Ballywhoriskey Pier, Kerrykeel, Co Donegal which occurred on the 22/02/18 at approximately 17:30. No arrests have been made, investigation ongoing.”