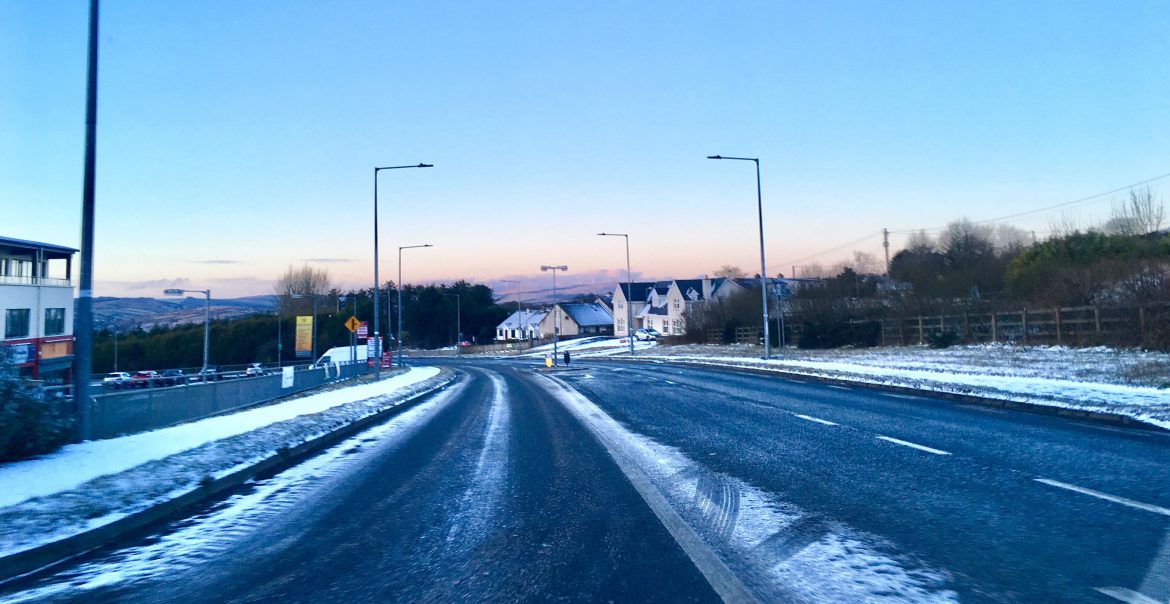 Donegal County Council have dispatched gritters on all main routes this lunchtime as temperatures fail to rise above 0 degrees in places.

The severe cold of the ‘Beast from the East’  has brought snowfall and freezing Siberian conditions to Ireland this week. Heavy snow and blizzard-like conditions struck Munster and Leinster overnight, with a Status Red warning in the southern and eastern counties.

Temperatures in many parts of Donegal have not yet risen above 0 during daylight hours this Wednesday. Council gritters are being sent out at 1pm on all major routes in the county. A status yellow snow-ice warning is in place until Thursday at 12noon.

Motorists are warned to assume that no road is ice free, whether it has been treated or not.

Grass temperatures at Finner Camp reached lows of -8.8 degrees on Monday night. A -10 windchill alert is in place for parts of the county this evening.