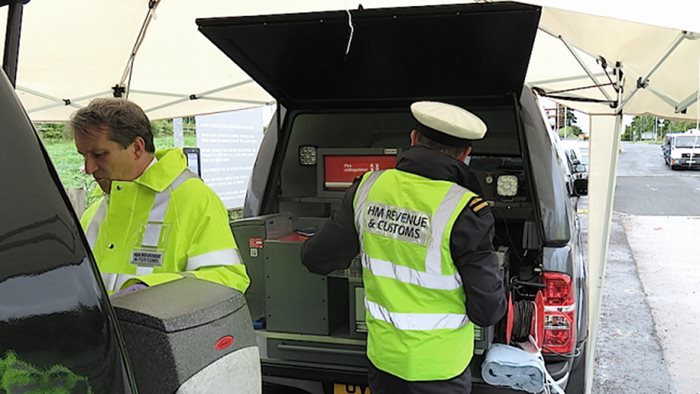 THE PSNI and HM Customs & Revenue have been running a Border checkpoint today just a few hundred metres inside Co Derry at Coshquin.

As details emerge of a new row over Brexit, the shape of what might be ahead could be seen at there this morning.

Vehicles travelling from Donegal were being stopped, with some selected for fuel checks at a nearby industrial estate site.

The EU will publish its view on the next steps of Brexit later today.

Meanwhile a DUP MP for East Derry Gregory Campbell told RTE Radio 1 earlier that there won’t be a hard border between north and south.

He said it would be “impossible to man 300 border crossings” but said any attempt to keep the North inside an EU Customs Union would be opposed by his party – which is propping up the Tory government at Westminster.