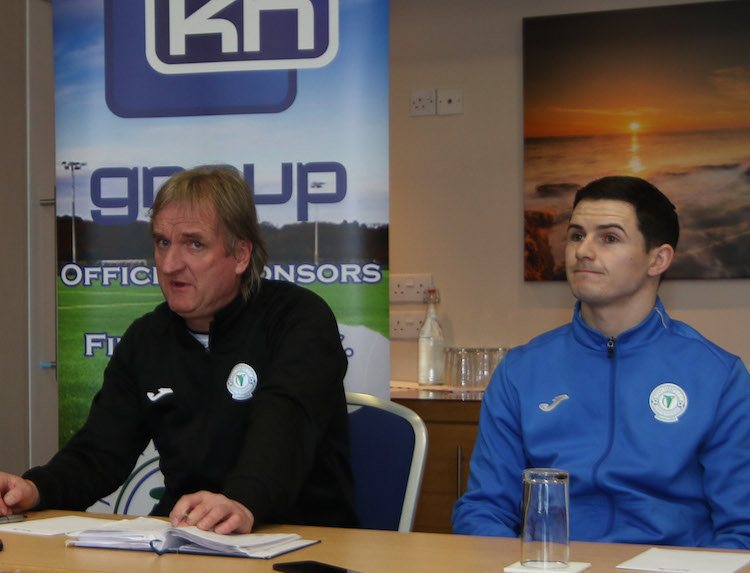 Listen: Frustration for Ollie Horgan after another cancellation for Finn Harps

As the FAI took the decision to cancel all of this weekend’s SSE Airtricity League fixtures, Finn Harps manager Ollie Horgan expressed his frustration.

After the 11th hour postponement of last week’s season opener at Drogheda United, due to inadequate floodlighting at United Park, Harps have been hit by a second cancellation.

Storm Emma has put an end to Harps’ plans to host Longford Town in Ballybofey on Friday night.

Just Horgan prepared to begin his weekly press briefing, news filtered through of the FAI’s announcement.

“I accept that conditions can change, but wait until they change and then pull it,” Horgan said.

“Why enquire about the facilities and roads when you’re going to make a decision against it.

“Does this mean if there is a red weather warning in Donegal and we have to travel to Dublin that the game will be pulled?

“Weather conditions are poor in other areas, but I presume if the reverse happens and there is poor weather here that we won’t now have to travel.”

The FAI, in a statement, said: “Following a detailed monitoring process, where the FAI worked closely with all clubs, it was decided to postpone all games in the Premier and First Divisions due to current severe weather conditions and future forecasts from Met Eireann.”

Horgan feels that a decision on the matter should have been delayed.

The Harps boss said: “At least wait until 12 o’clock on Friday.

“We lost Drogheda for farcical reasons. This isn’t farcical, but there is a fair chance, with weather conditions we have here normally, that it will happen to us and I hope people remember this decision.

“If the weather did deteriorate and Longford didn’t travel, I’d have no bother with that. But this is 4 o’clock on a Wednesday.

“I do accept conditions are poor in Dublin and I’ve told my Dublin-based players not to travel for training.”

Harps will now open their season with an EA Sports Cup clash against Mayo League on Monday at Finn Park before hosting Shelbourne on Friday week.