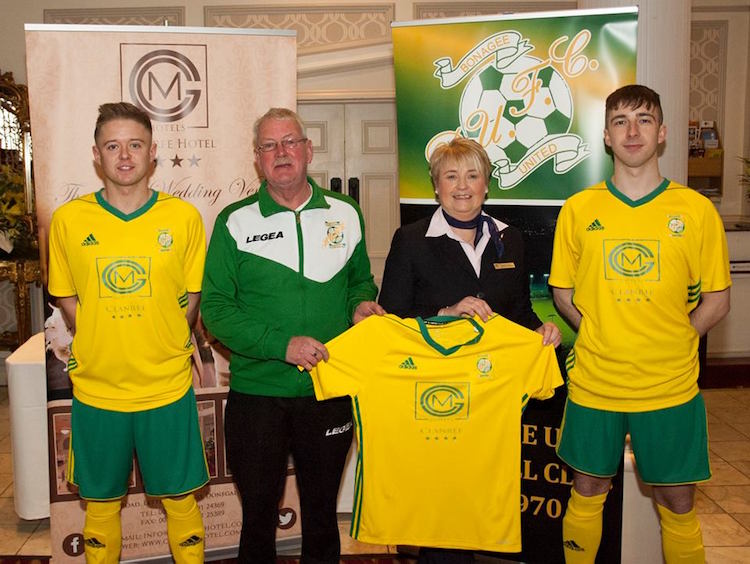 It might have been a long time coming, but Deano Larkin hopes Bonagee United can kick on from a first Four Lanterns Ulster Senior League win of the season.

Larkin netted one of the goals in a 5-0 win over Swilly Rovers to earn Bonagee three points for the first time this term.

It was their second win in a week following a 4-1 success over Clonmany Shamrocks the previous weekend in the Knockalla Caravans Senior Cup.

“We knew ourselves the run we were on, but the confidence is back in the side now,” Larkin says.

“The last two wins were well needed. We’ll take it one game at a time now and hopefully pick up a few more wins.”

It was a summer of change at Bonagee, though, and form has been hard to find. Injuries and unavailability have meant O’Carroll hasn’t been able to pick his strongest hand too often.

Their mood was dented with a couple of heavy reversals along the way but, finally, Bonagee could taste a League win at the weekend as Larkin, Kevin Barr, Ciaran Curran and Matty Harkin (2) bagged the goals to overcome fellow strugglers Swilly.

“It was hard to keep positive,” Larkin says.

“Credit to the boys, Tony and Paul (Higgins), who kept putting us through our paces.

“We know ourselves that we should have more points on the board and it’s all down to us. We haven’t taken chances, but we scored nine in our last two games so we can see the rewards again now.” 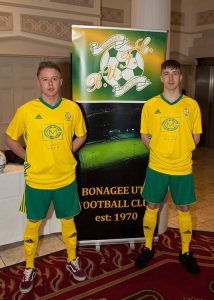 Bonagee also rocked League challengers Fanad when they led 1-0 deep into added time at Traigh-A-Locha, only for a freak goal by Tony McNamee to deny them a win.

Larkin says: “The performances have been there. We were very unlucky in Fanad – one of the hardest places to go. The boys drummed it into us that we just keep working hard and we have done that.

“We beat Fanad in the League Cup early in the season and played them off the park. We can do that at times, but we just haven’t been able to do it as often as we should have.

“A lot of things were against us, but we see every week in training what boys can do.”

Bonagee are in the quarter-finals of the Knockalla and the semi-finals of the Donegal News League Cup, so still can have a tilt at silverware.

Larkin says: “The Cup games should be a priority for us now. A lot of people in the club are working hard behind the scenes so it would be nice to give something back to them.”

Larkin has scored in each of the last two games and knows Derry City Reserves will present a stern challenge at Dry Arch this weekend.

He says: “I’ve missed a few games with work and that, but hopefully I’ll get a good run of games now and keep scoring.

“No matter who Derry bring, we’ll be in for a tough game. Even the Derry U17s or 19s would be a tough, hard side so we have to be up for it and ready.”