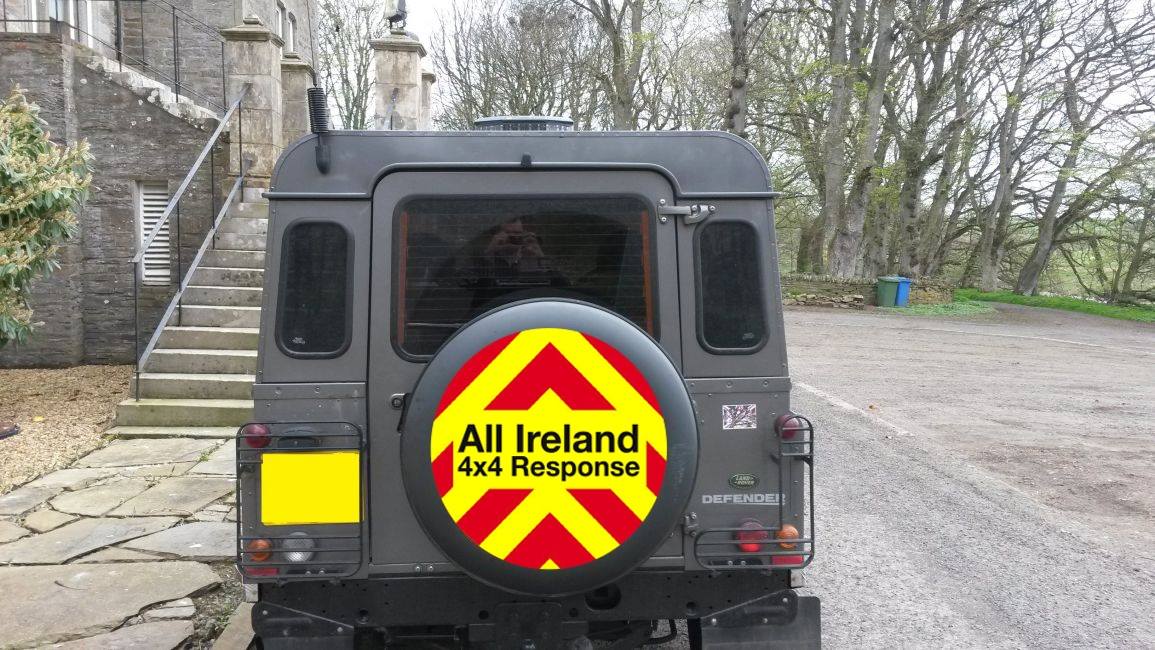 A group of 4×4 owners across Ireland has come together to establish a voluntary group that lends a helping hand to people who may need assistance getting from A to B during extreme weather events.

4×4 Response Ireland was formed in August 2017 when a group of Irish off-roading enthusiasts noted the need for a voluntary 4×4 response team.

One of the founding members of the group explained to Donegal Daily how the group came about.

“From 4×4 Response Ireland’s sister Facebook page, 4X4 off road Ireland, we noticed the need for a voluntary, community based 4×4 response team.

“We noticed there are 4×4 Response units in other areas, such as in Northern Ireland, England, and Germany.

“With this in mind, we thought it would be interesting to see if the voluntary group would gather a bit of momentum and it grew exponentially. We decided to take it one step further and invested a lot of our own money and time into putting together a website for the group.

“We have drivers of all levels that volunteer with us, in Donegal, Dublin, Wicklow, Cork – all across Ireland,” the spokesperson says.

The key aim of the team is to provide all-terrain logistics support to the emergency services and locals in need, particularly during adverse weather conditions.

The volunteers are there to assist in non-emergency, non-life threatening situations; such as when nurses must do house-calls in rural areas but are unable to access their patient’s house due to snow, transporting rescue personnel and their equipment across rough terrain, evacuating vulnerable people from areas at risk from flooding, or even to check in on elderly members of the community when road conditions are challenging.

“A 4×4 can get through tough terrain that other vehicles might struggle with,” they explained.

“We’re in no way, shape, or form an emergency service, we’re just there to lend a helping hand whenever someone needs help.

“That could be if someone needs a lift during adverse weather conditions, to deliver urgent medication, or if farmers need help bringing animals in; situations where 4x4s are the only job for it.

“I’ve taken two nurses to work in nursing homes, and down in Wicklow drivers from the group help out with a Meals on Wheels run, it’s these types of things we help out with, the things that the emergency services can’t do or don’t have time to do. That’s where we come in, if we can be of help to anyone we’re more than happy.”

During the floods in late August 2017 that devastated Inishowen, Garda Representative Association representative for Donegal Brendan O’Connor told Independent.ie that Donegal Gardaí do not have any access to 4×4 vehicles, instead relying on base-spec family cars.

“The police in Delhi [India] face the same problems as the gardaí in Bunbeg,” O’Connor told journalist Niall O’Connor.

The scars left from last night’s storm in Donegal. It’s a lesson to us all to pay more attention to the meterorigical weather warnings! pic.twitter.com/2wYTP3myPo

After the floods, it was clearer than ever that there was a serious need for a voluntary fleet of 4×4 drivers at hand to assist people, and the emergency services, during extreme weather events.

“That comment from O’Connor really stood to us, it really became a necessity for someone to be there to help.”

The group has over 750 members, with over 100 drivers offering their time, and vehicle, to people when in need.

When a driver signs up to volunteer, their application is vetted before they undergo training with local offroading instructers.

“For example, I’m an intermediate driver, so a professional driver could take jeeps to places I couldn’t. It’s important that the drivers are comfortable and able to help, otherwise they are a hindrance,” the spokesperson added.

The group are expecting to respond to calls over the coming days due to Storm Emma’s arrival.

To learn more about the group, you can visit their website by following this link:
http://www.4x4response-irl.com