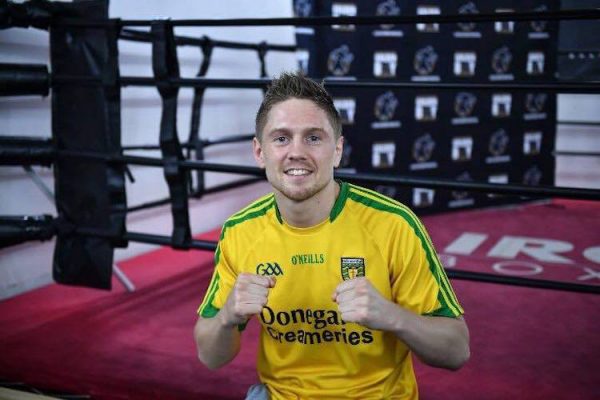 NABF middleweight champion Jason Quigley is holding an open workout in Ballybofey ahead of his next fight.

Quigley returns to action on Easter Saturday night, March 31, when he steps through the ropes at the Marina Bay SportsPlex in Boston, after a year out due to injury.

Before heading Stateside, Quigley – who is now based in Sheffield with new trainer Dominic Ingle – will host a public workout on St Patrick’s Day, March 17.

Golden Boy Promotions fighter Quigley has extended an open invitation to fans to come along to the workout, which will take place from 2pm – straight after the Ballybofey St Patrick’s Day parade – in the Finn Suite of Jackson’s Hotel.

This is the first time that Quigley (13-0, 10KOs) has hosted a pre-fight media workout in Ireland since turning professional and moving to Los Angeles in 2014.

Quigley will be on hand for photographs, autographs and watch out for some great signed goodies and spot prizes on the day.