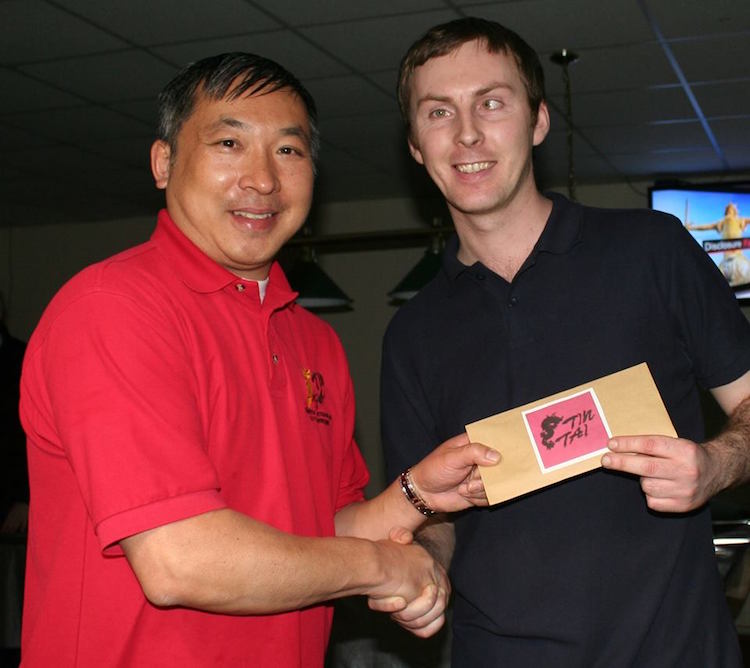 Reigning champion Connors had been in great form throughout the season and scored maximum points 64, winning sixteen out of sixteen and only dropping 7 frames.

Connors also had second highest break of 113 and missed the 15th black on a maximum.

Second place again this year was Sean Devenney who was three points behind on 61 points, but he took the high break prize with a brilliant 140 against Aman Goel and had three centuries this season

Third was Aidan Devenney on 57 points, with fourth place Gareth Kirwin just one more point behind on 56, and was unlucky last night to miss a black on 100 with a possible 142 on.

Fifth was Ronan Whyte on 52 points with Chris Gibbons in sixth 51 points.

Seventh was Aman Goel 49 points and Shaun Bonner in eighth on 47.

Organisers have thanked all players and issued a special word of thanks to sponsor this year, Mr Bobby Chan of Tin Tai Chinese restaurant Letterkenny, who surprised all the players with a lovely big takeaway after the event was over.

Organisers also thanked Mr John Doherty for the use of his premises Northwest Snooker Club for the League.