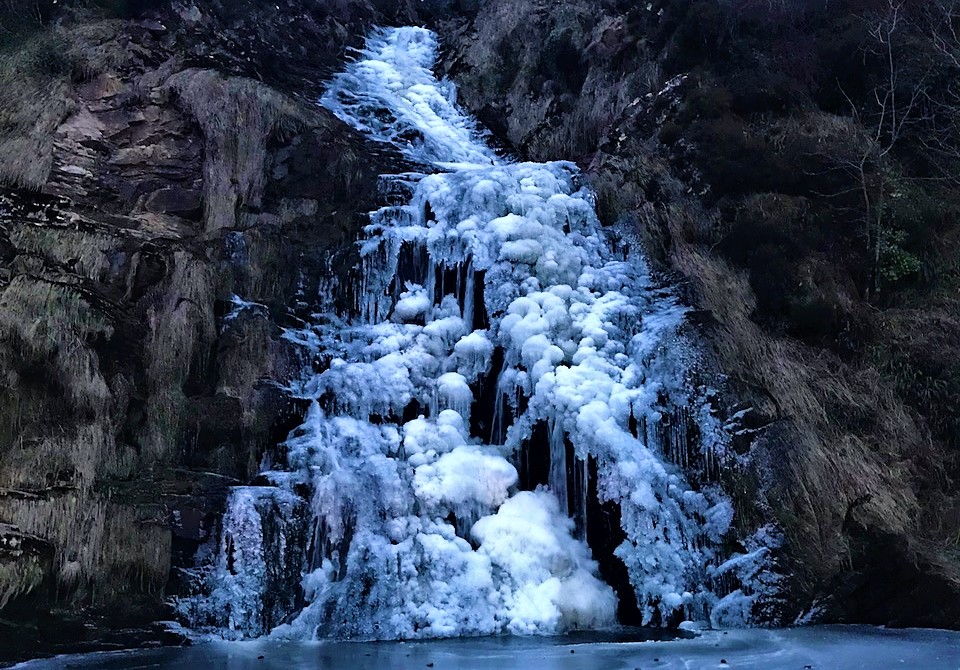 The Assaranca waterfall near the village of Ardara is always a beautiful sight, but today it has been transformed into an incredible icy marvel.

The enduring sub-zero temperatures have taken hold of the cascading waters of Assaranca and stopped them completely in their tracks. 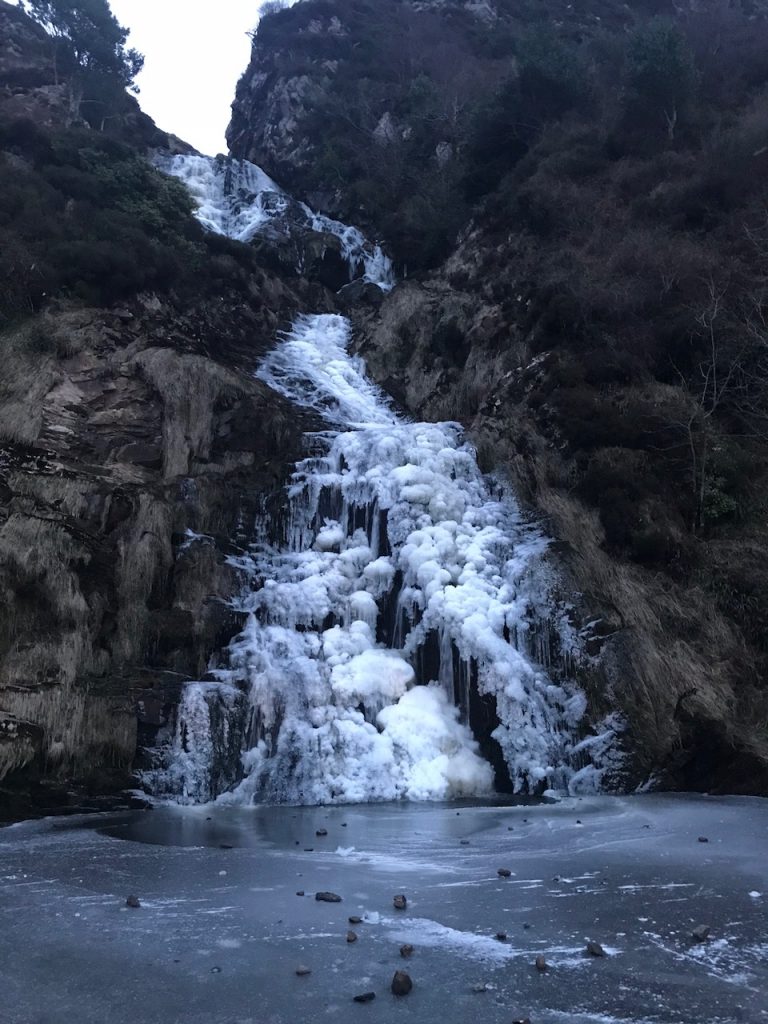 The rare phenomenon has amazed locals, who have never before seen their local beauty spot in this state.

Kathleen Molloy and her dogs Slevin and Midge were lucky to witness the awesome natural sculpture first-hand today. They were joined by more Ardara residents at dusk to take in the extraordinary event. 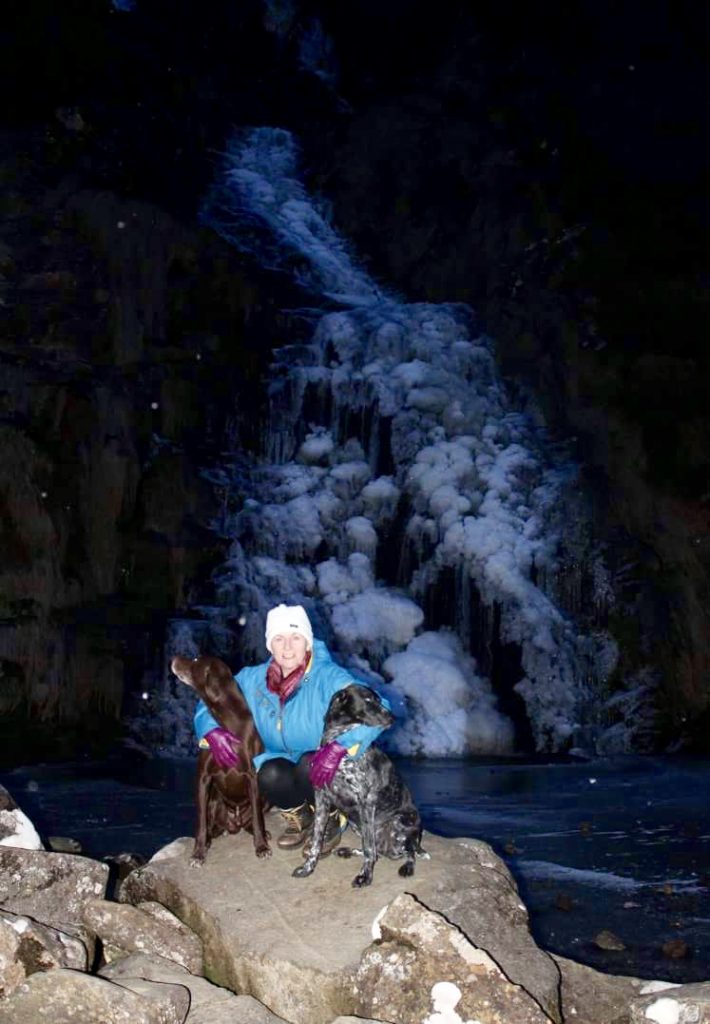 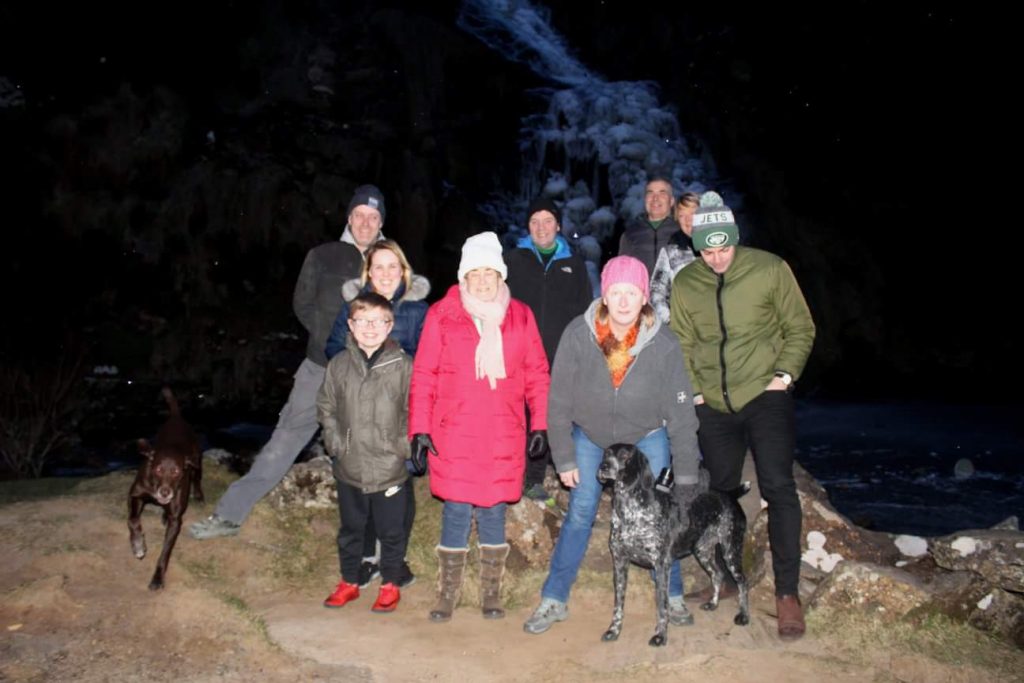 Elsewhere in Donegal, we have seen beaches blanketed in snow along with this two feet of snow in Gortahork! Thanks to John McGee for this clever capture: 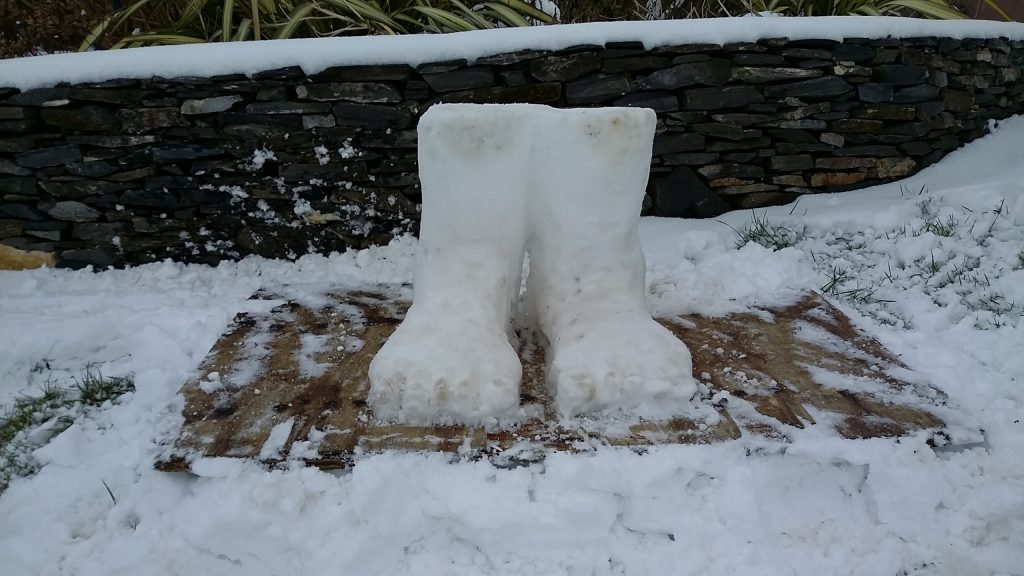 If you have snow photos or videos to share, email info@donegaldaily.com