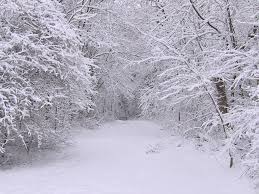 The beast from the east has well and truly hit Donegal!

In Falcarragh, Ronan Cannon struggled to walk through the field at the back of his house earlier today showing how heavily the weather has affected the county.

The severity of the snow is described to be a once in a generation event.

Despite some news outlets in the country stating that Donegal didn’t really get hit, the footage from this video shows clearly that the county has indeed had a major snow fall – and some, in the case of Ronan at least, are knee deep in the stuff!