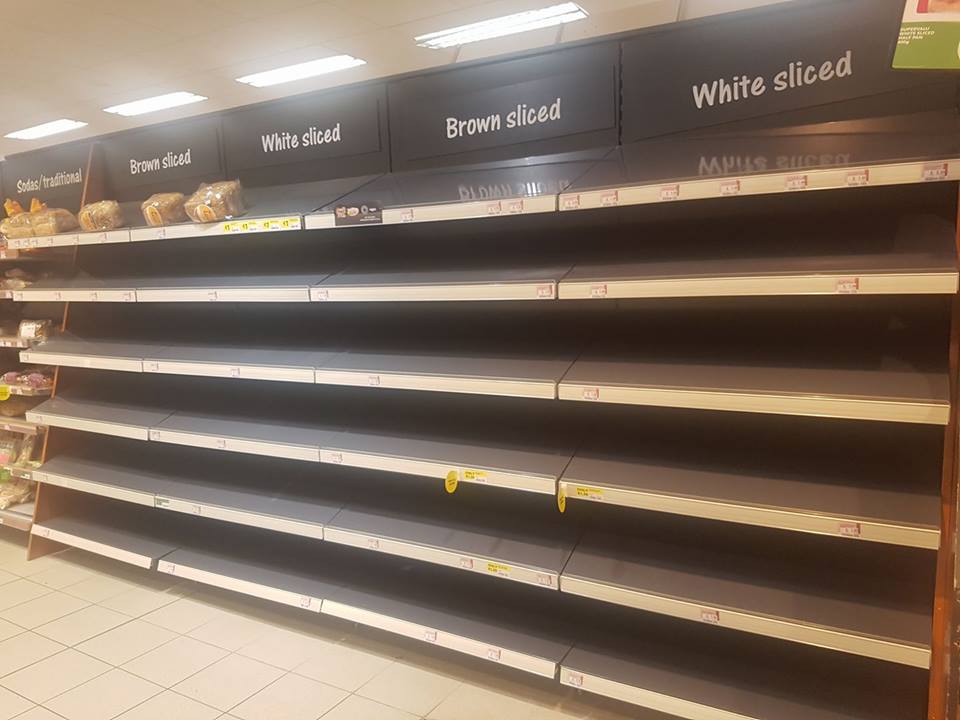 The deadline to be indoors yesterday was 4pm according to Met Eireann, so naturally shops were kept busy as people stocked up on essentials before Storm Emma arrived in Donegal.

According to food retailer and wholesale company BWG Foods, there were five items on Irish peoples’ shopping lists that flew off the shelves yesterday.

Unsurprisingly, bread was at the top of people’s lists as bread shelves were emptied across the country.

This was followed by a litre of milk, a 6 pack of eggs, firelights, and wine (of course!).