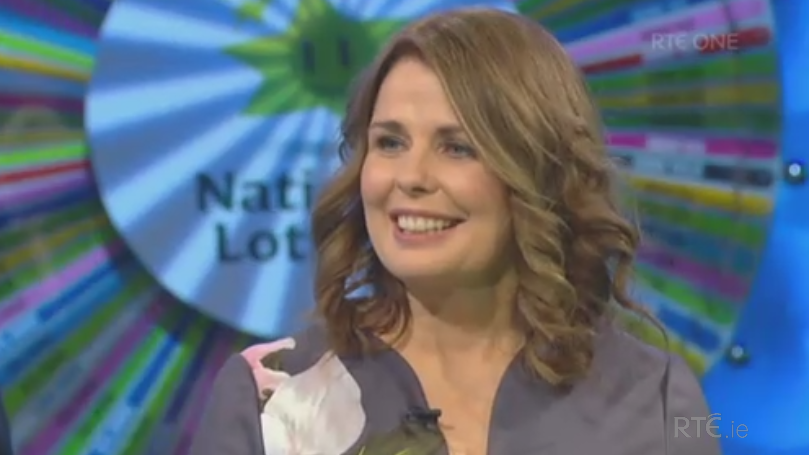 Bernie’s parents Hilda and John Joe made the trip from Mountcharles to cheer her on along with sisters Kate, Mags, Hilda Jnr and Eimear, husband Macarten (Mac), kids Liam (9) and Aoife (7), and other family members.

Donegal was well represented in the crowd with mum Hilda proudly waving the Donegal flag! 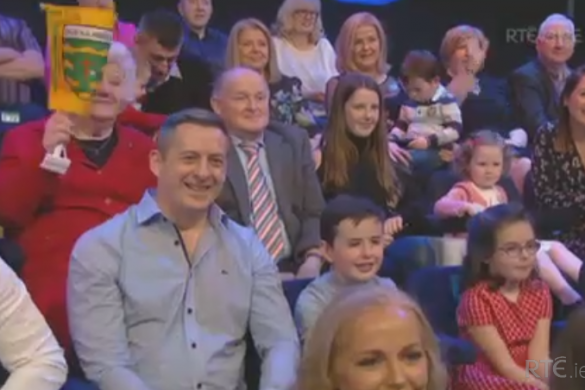 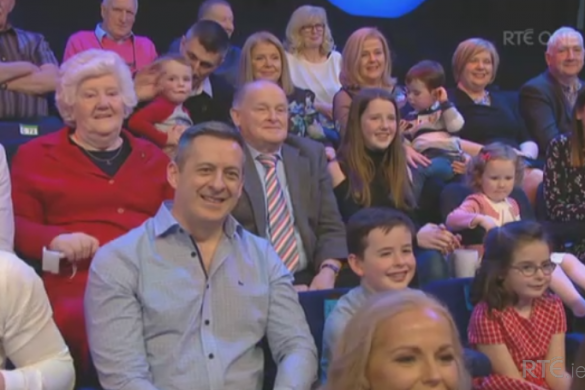 Bernie also said hello to her family members who were watching from Donegal, waving to brothers Shaun and Peter, and sending best wishes to Roisin, the kids, and little Isabel.

Originally from Donegal, Bernie did her nurse training in Great Ormond Street, London, before returning to Dublin where she spent 18 years at Temple Street Children’s Hospital. Bernie now works at Malahide Family Practice in north Dublin. 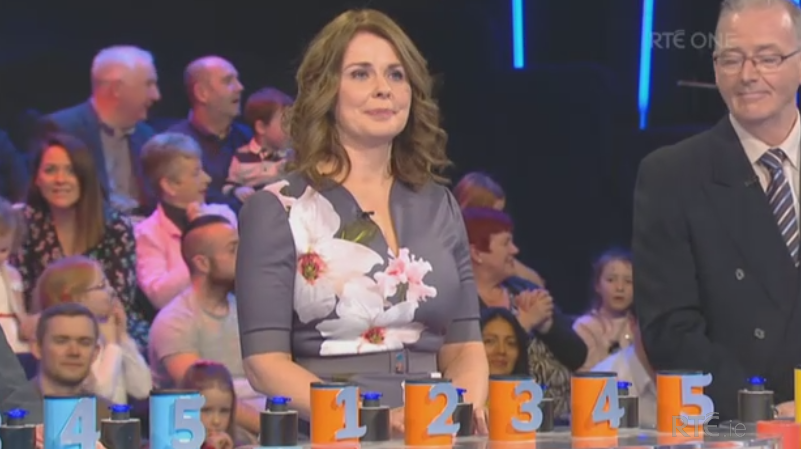 Bernie says that she hopes to do up her sitting room with her winnings before jetting off on a holiday – we’re sure it’ll be a sun holiday after this week’s big freeze!

To catch up on last night’s episode, you can watch it in full on the RTÉ Player.