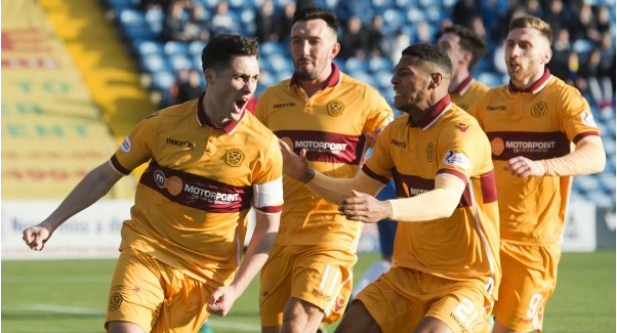 CARL MCHUGH SCORED the winner with a spectacular volley for Motherwell in this afternoon’s Scottish Cup quarter-final against Hearts.

The Lettermacaward native scored four minutes from the end to seal a 2-1 win at Fir Park. Motherwell join Celtic in the last four, with Aberdeen and Kilmarnock replaying next week and Rangers defeating Falkirk today. A booking picked up by McHugh, though, means he will miss the semi-final through suspension.