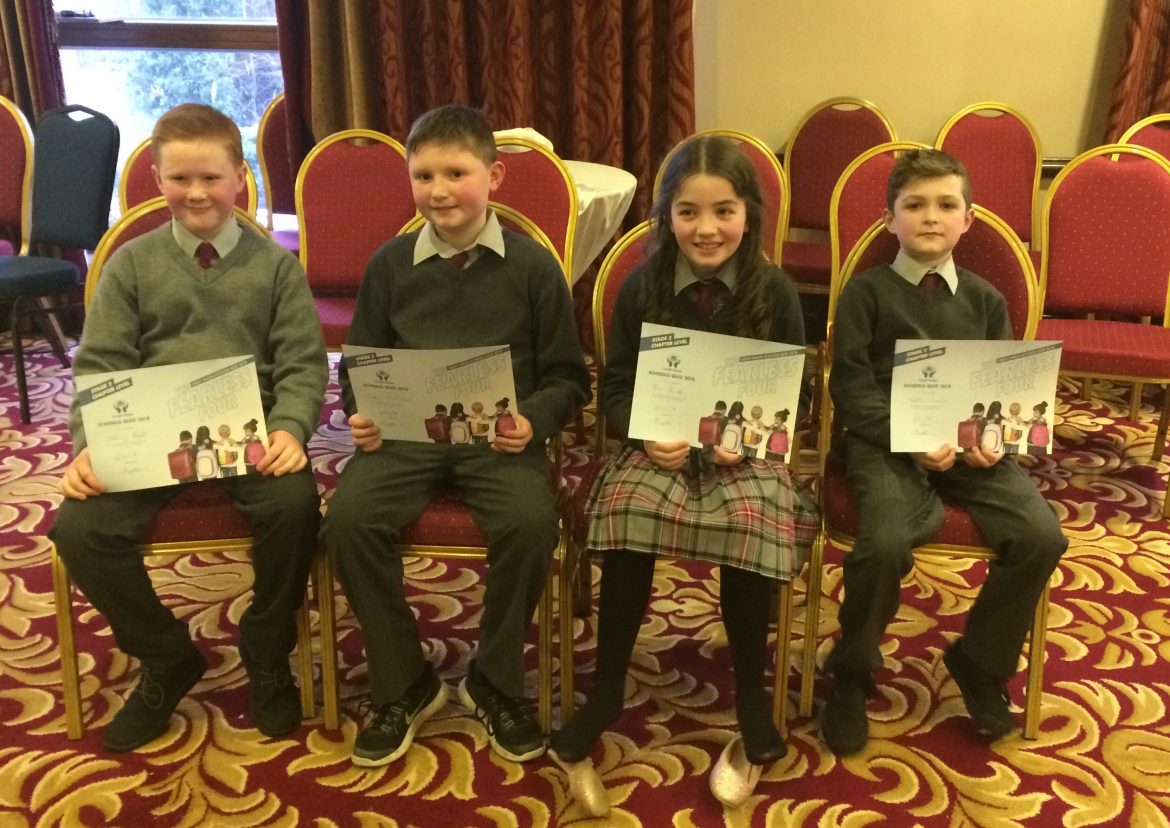 A bright team of pupils from Scoil Naomh Fiachra, Illistrin have progressed to the next round of the Credit Union Schools Quiz.

The schoolchildren’s quiz was held locally at the Mount Errigal Letterkenny on Saturday, 3rd March 2018.

The regional final of the Chapter 1 under 11 category was won by Illistrin NS students Johnny Boyle, Tara Burke, Eoghan McFadden and Matthew Larkin.

The brainy team beat off stiff competition from schools across North Donegal and East Derry to progress to the National Finals in the RDS in Dublin on 8th April. 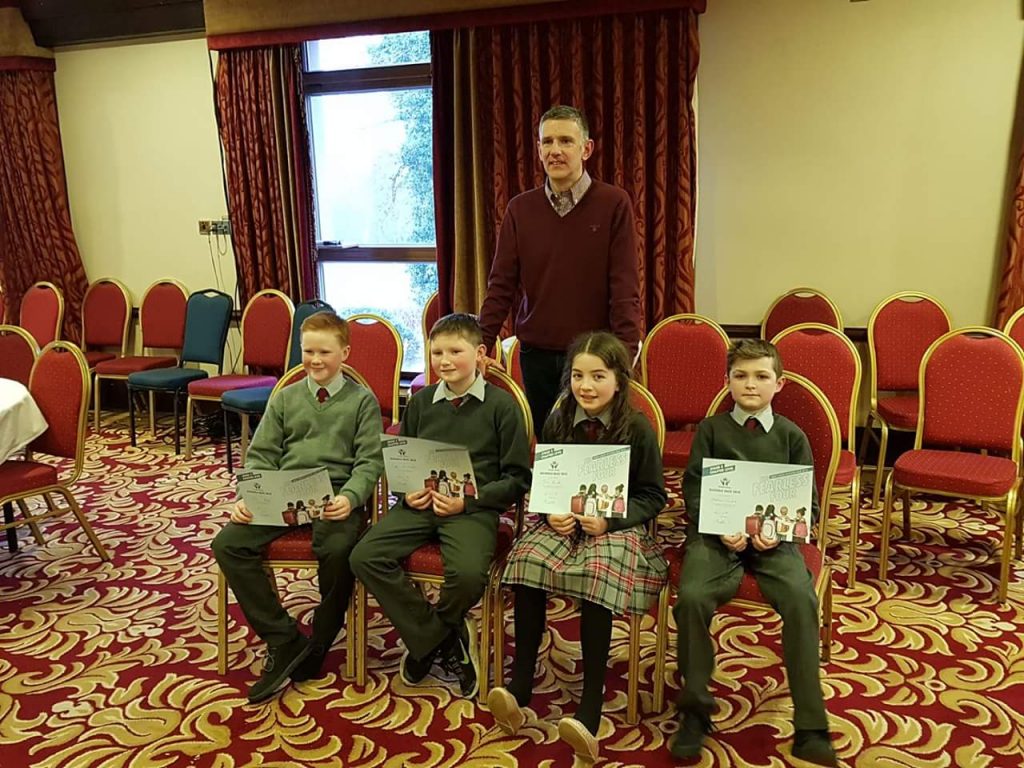