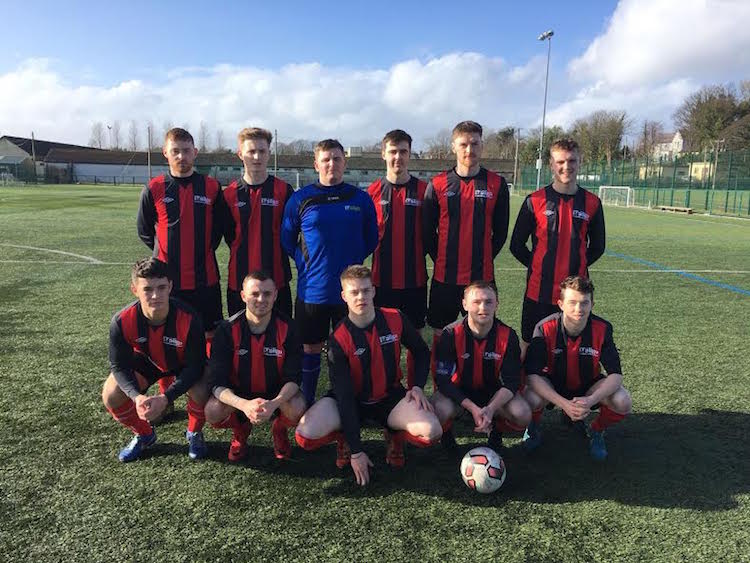 Three Donegal’s footballers will play in the Rustlers Division 1 Final next Monday, 12 March, for IT Sligo.

Timmy Govorov from Bundoran, and Conor Blaney and Jason Quinn from Letterkenny will play with IT Sligo FC against Limerick IT.

The final, which was postponed due to Storm Emma, will kick off at 2pm at the FAI headquarters in Abbottstown, Dublin and a win for IT Sligo FC will see the team return to the College & Universities Football Premier League.

The team made the finals after beating Blanchardstown IT 5 – 4 on penalties after a 1 – 1 extra time draw in the semi-final playoff.

IT Sligo also qualified for the Rustlers Plate Final, after beating Bray FE 9 – 0. The team will play against GMIT in Galway tomorrow on Tuesday, 6 March.

Many of the players in the squad, including Quinn, are on IT Sligo’s Sports Scholarship Programme which helps talented student athletes reach their sporting potential.

Up to 20 new scholarships and bursaries are awarded each year under the scheme and students who are rewarded scholarships receive mentoring support, training guidance and other value-added support.

The overall aim of the scheme is to recruit, manage and develop players/athletes with exceptional ability to position IT Sligo as a premier centre of sporting performance.

Three Donegal players to feature for IT Sligo in Division 1 final was last modified: March 5th, 2018 by Staff Writer