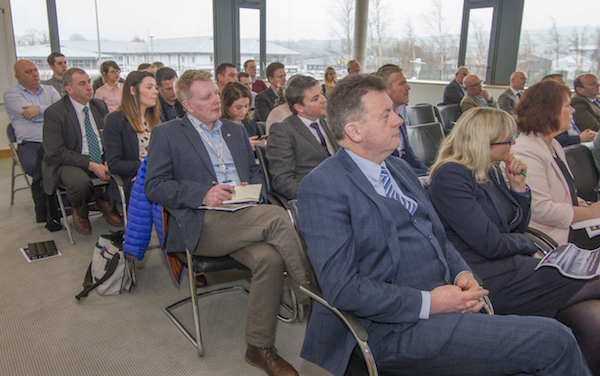 The Co-Lab in Letterkenny played host to a unique event this morning for local high tech businesses interested in opportunities in the UK’s Northern Powerhouse region as part of Donegal’s Enterprise Week.

The Northern Powerhouse is a UK Government initiative that has brought together cities, towns and rural communities of the North of England and Northern Wales to become a Northern Powerhouse and a global centre for creativity and innovation across the tech sector.

Shirley McCay, Director of Trade & Investment with the British Embassy in Dublin who co-hosted the event believes that despite the concerns relating to Brexit, there are still huge opportunities for Irish businesses in the UK market which is the sixth largest economy in the world and which will continue to have a strong entrepreneurial and innovative focus.

Nigel Jones from the UK’s Department of International Trade gave a detailed and inspiring presentation on the entrepreneurial ecosystem that has developed and grown in this northern region in the UK.

The links between third level institutions as catalysts for economic development particularly in terms of developing and nurturing world class talent and the strong entrepreneurial support network that is available for business across a broad range of tech sectors as well as the fact that the region is much more affordable than other cities such as London have been instrumental in establishing the region as a global centre of excellence.

The event heard from a panel of local businesses including Stephen Burke from Cyber Aware, John McNamara from SendMode and Barry Harper from Nvolve Group as well as Toni Forrester from Letterkenny Chamber and Carol Brennan from Enterprise Ireland. 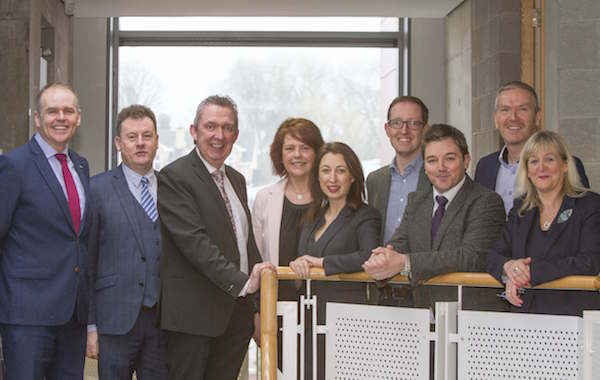 Minister Joe McHugh TD commended Letterkenny Institute of Technology and Donegal County Council for this initiative, recognising the longstanding historical connections between Donegal, Derry and Strabane and the cities of Liverpool, Birmingham and Manchester. He also acknowledged the strong relationship that has developed between the North West region and the British Embassy over the last number of years and believes that it is now about looking at what we can do with this relationship so as to maximise the potential for developing an interregional collaborative approach between the two regions.

Speaking following the event, Donegal County Council’s Chief Executive Seamus Neely said that he was delighted with the enthusiastic response from local businesses and that he believes that there is a very real and practical proposition that will see businesses, third level institutions and support agencies continue to build a strong mutually beneficial relationship between businesses in the Letterkenny, Derry & Strabane City Region and the UK’s Northern Powerhouse region. He thanked the management and staff at the British Embassy in Ireland for their ongoing support and commitment to the North West region.