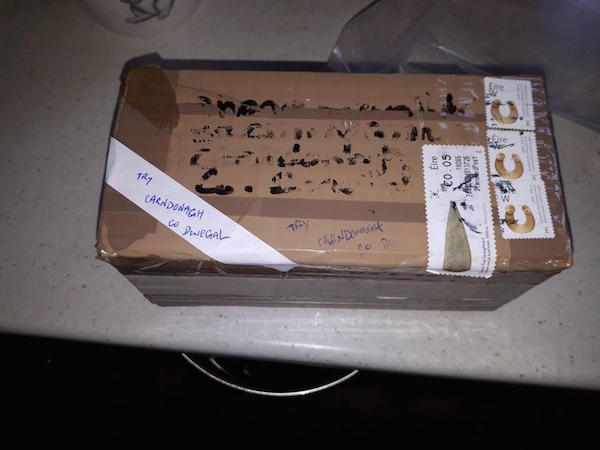 An Post get Shane’s stamp of approval after parcel mystery

A Donegal lad was left seriously impressed with An Post after his parcel was delivered despite his address being barely legible.

Shane Crumlish could not believe his eyes when the package arrived at his door in Carndonagh.

His name and house number had been written on the box with a black marker.

But for some reason it was almost completely wiped off.

The excellent detective work from An Post employees was evident with two short messages reading “Try Carndonagh, Co Donegal” visible on the package.

Their guesswork proved to be bang on as Shane received his parcel.

He wrote on Facebook: “How they found me I’ll never know?”

A spokesman for An Post explained it was just another successful delivery.

“Our postal operatives throughout the country pride themselves in their local knowledge, commitment to making sure the mail gets delivered and they love a challenge.

“Although they would rather just deliver properly addressed mail. Life is easier for everyone that way.”

An Post get Shane’s stamp of approval after parcel mystery was last modified: March 7th, 2018 by Stephen Maguire
Tags:
An PostCarndonaghdonegalInishowenparcelShane Crumlish