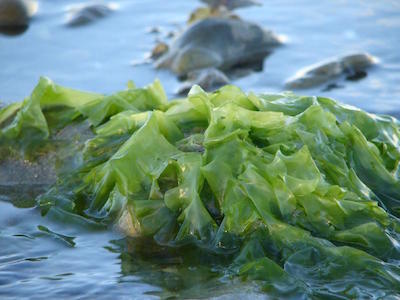 Pringle to put down Dail motion to preserve seaweed industry

Independent TD for Donegal Thomas Pringle will today be introducing a Dáil motion calling for the preservation of traditional seaweed harvesting rights in island, coastal and rural communities.

Deputy Pringle said the livelihood of traditional seaweed harvesters is under threat of impending commercialisation and from an overall lack of regulation of the natural resource in this country.

He said “Counties like Donegal would be greatly affected by changes to the licencing regime if the Government allowed the number of companies and multinationals awaiting a decision on their applications for a licence to harvest are granted access.

“This would ensure the large scale mechanical extraction of seaweed threatening the ecosystem with over-harvesting while also pushing out the individual traditional harvesters themselves.”

He is now calling for a ban on the issuing of licences to large companies and multinationals interested in the commercialisation of this resource.

Instead, he wants the licencing regime to protect the traditional harvesting rights by people in island, coastal and rural communities.

“The rights of traditional seaweed harvesters must be prioritised first and foremost. Not only is this a traditional occupation for many in Donegal and elsewhere it’s also the only sustainable method of extracting the resource and seaweed is manually harvested by the harvester.

“Companies on the other hand would introduce industrial-scale mechanical extraction inevitably leading to over-harvesting, depletion of our natural resource and leaving nothing left for local harvesters to earn a living from.”

He added that to ensure the protection of this activity into the future we are also calling for the adoption of a National Strategy to promote the development of the seaweed industry in consultation with traditional seaweed harvesters and the coastal communities it affects.

“Unfortunately the Government has indicated in its amendment to our motion that it intends to prioritise companies over the individual rights of traditional seaweed harvesters. Once again we see Fine Gael’s championing of private sector interests over that of rural communities. It also shows its endeavour to commercialise our precious natural resources and environment for the exploitation of private interests.

“It will be interesting to see how Fianna Fáil will vote on this motion and whether they intend to put the interests of individual traditional harvesters over the interests of companies and multinationals. If they are serious about rural Ireland as many claim to be, Fianna Fáil need to support this Motion in an effort to stall Fine Gael efforts to undermine island, coastal and rural constituencies” concludes Pringle.