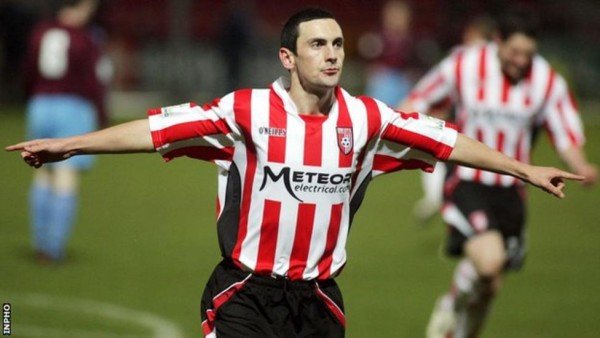 Mark Farren’s parents have spoken of their pride and emotion at the naming of the new stand at Brandywell Stadium in honour of their late son.

“We are so proud they named it after Mark,” Kathleen Farren said.

“This stand will be here long after my time. Mark’s spirit will always be at Derry City.”

Farren passed away in February 2016 after a battle with cancer.

His father Michael said: “How impressed Mark would be to look at this now. he was a brilliant boy.”