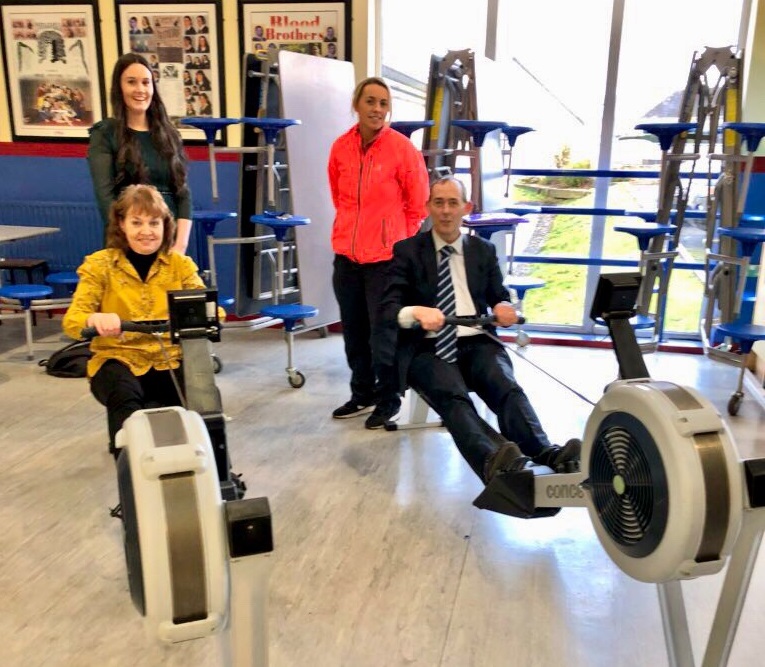 There were visits from football players, sports events and competitions, with healthy foods being sold and promoted every day.

It was a joint effort between the Home Economics and Physical Education departments, enjoyed by all.

It began on Monday with a visit from G.A.A county star and past pupil Ryan McHugh. Ryan delivered an inspirational talk on the importance of balancing sleep, exercise and studying.

He stressed all of these factors, emphasising how none should be ignored in favour of others. Eating healthy should never be forgotten either though! In addition, Ryan explained how important it is to maintain a healthy, balanced diet for everybody and later refereed a football match for first years at lunchtime.

On Tuesday, Dr. Doherty organised sports hall athletics for second years. All were exhausted but enjoyed themselves immensely.

Every lunchtime throughout the week, from 1.40-1.55 a rowing competition was run which required students to try and “move” as far as they could in one minute. Lewis Mooney (6th year) won with a distance of 342 meters but there was some very strong competition. It was lovely to see the enthusiasm that everybody had, including spectators.

For the 3rd years, on Wednesday there were half court competitive basketball games refereed by Mr.Patrick McShane and Mr. Waugh. All the players who took part followed the rules, with no cheating or disagreements. It was a fun and amicable event with a great atmosphere. Coláiste na Carraige has a strong winning tradition in basketball and this evident throughout the matches.

There was basketball organised for 5th years on Thursday by Mr. Kevin Barnes (Parents’ Committee). Matches were very competitive hence fast-paced, action packed games all around!

Breege Hudy visited the school on Wednesday, Thursday and Friday to deliver Strength and Condition fitness classes. There was a high turnout for each fitness class. Coláiste Na Carraige would like to acknowledge the tremendous work and commitment Mr. Kevin Barnes and Ms. Breege Hudy carries out for the school on a ongoing basis.

The school’s tarmac league was run as usual, because even with all these events running there were plenty of people who wanted to play their good old soccer. It had great attendance which says a lot about Coláiste na Carraige’s love of football.

Ceili dancing sensation Mr. Clement Gallagher came in on Thursday and Friday to teach the TYs, 5th and 6th years dancing. The dances were fast paced, fun and everybody enjoyed them. There was a lot of enthusiasm on show and people were laughing and joking throughout.

Overall it was a very enjoyable week with the whole school body participating with enthusiasm.

A big thank you to Killybegs rowing club for the use of the rowing machines.

Ms. Tracey Floyd (PE Teacher) and Ms. Louise McGoldrick (HE Teacher) would like to thank all staff and students for participating in all the events. 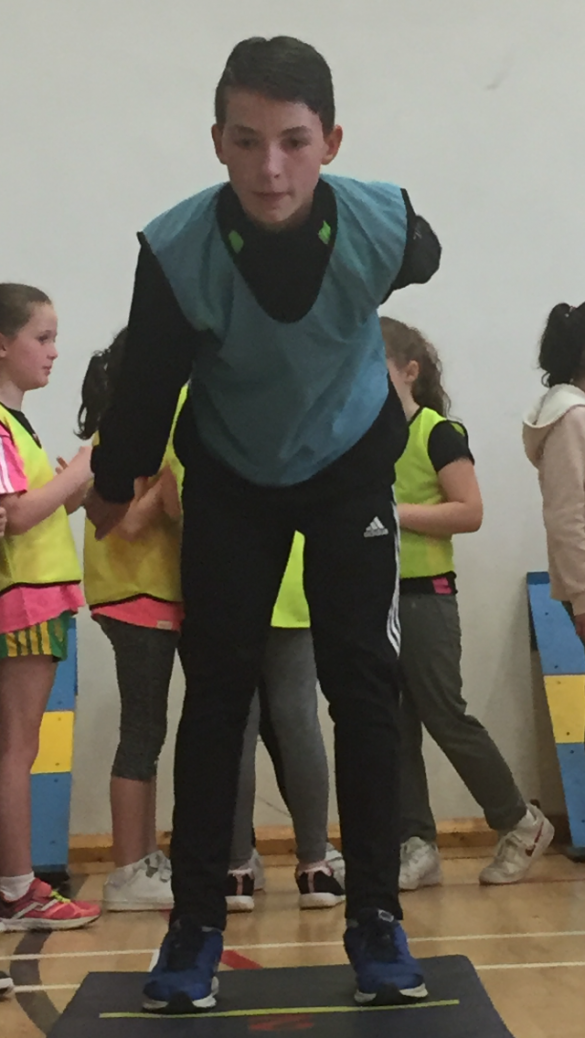 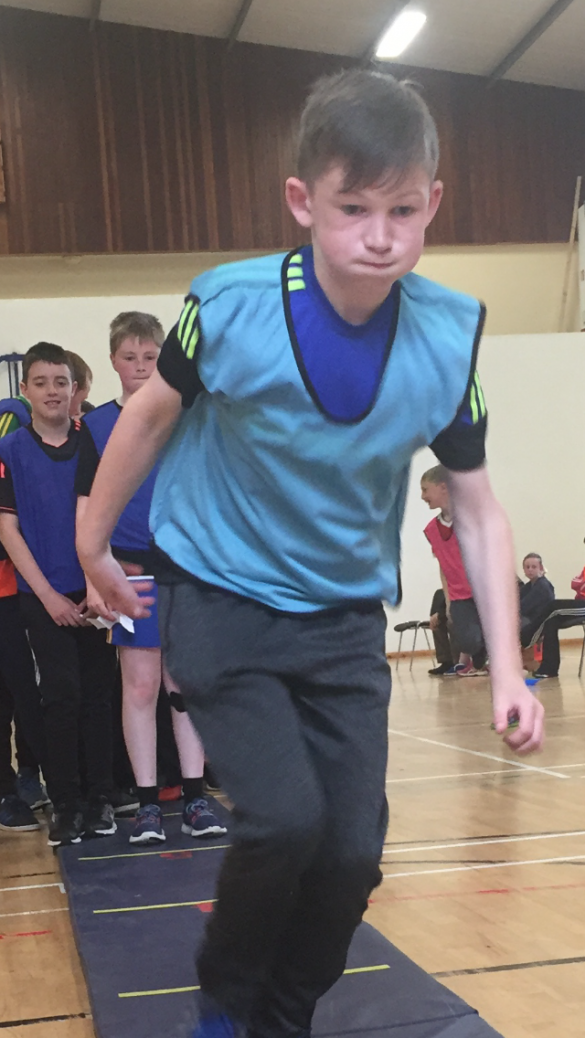 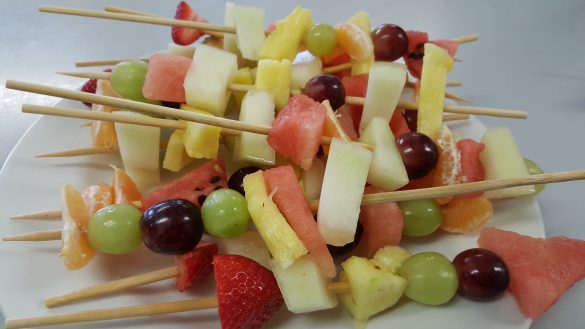 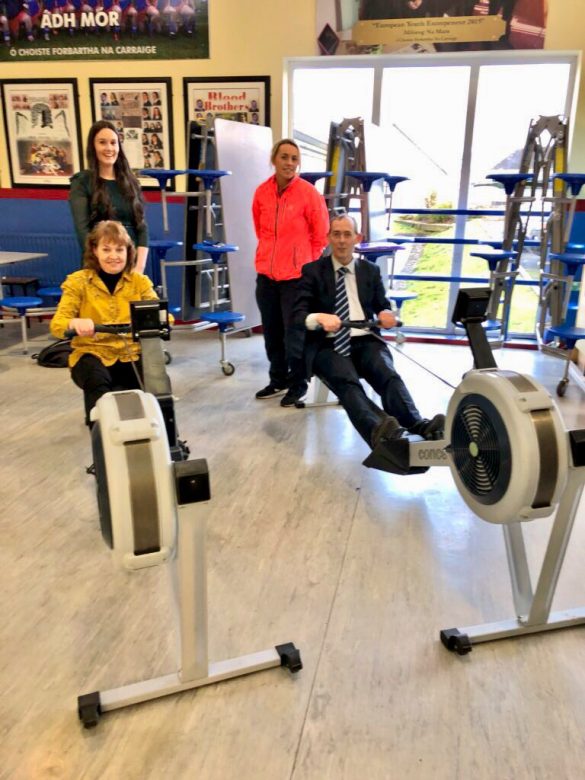 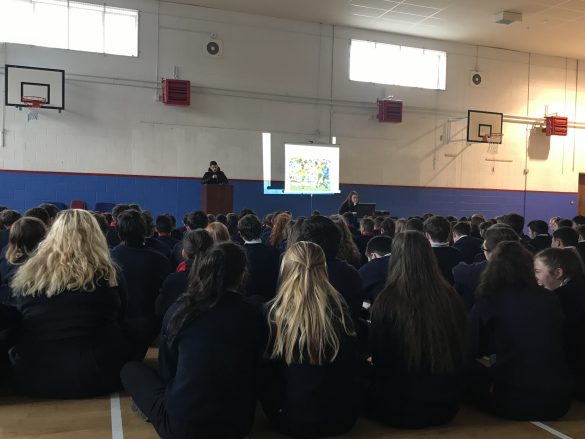 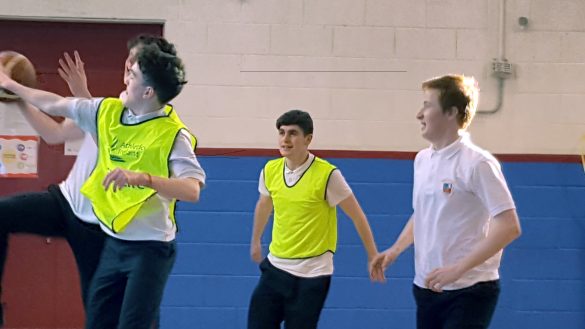 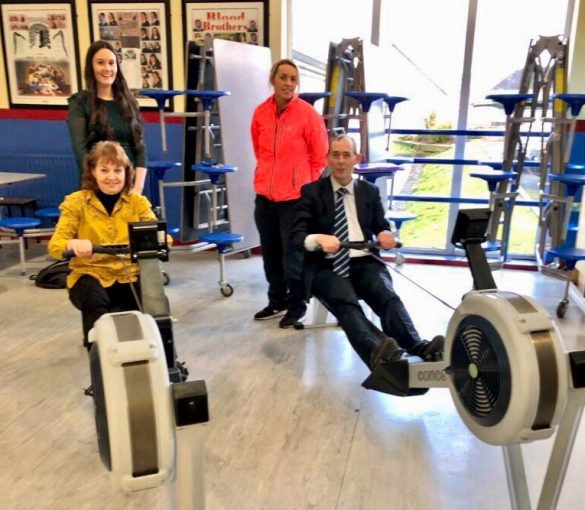