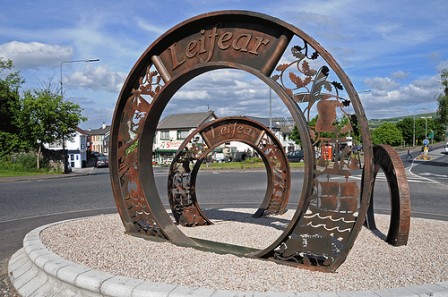 The decision by the Special European Union Programmes Body (SEUPB) to turn down a funding application for the ‘Riverine Project’ has been labelled a ‘devastating blow’ for Lifford and Strabane.

The project narrowly missed out on the scoring threshold for funding allocation.

Cllr Gary Doherty said the decision is a devastating blow for the towns of Lifford and Strabane.

“I am absolutely shocked and saddened that the project was not deemed worthy enough to progress to the next stage of the process, and I simply cannot understand the rationale for the decision. So much effort and time has been put into this project by Council officials, elected members and the wider community who were part of the evaluation process late last year and is it such a disappointment for everyone involved

“However, since becoming aware of this decision, I and my party colleagues have been in contact with officials from both Donegal County Council and Derry City and Strabane District Council and we remain hopeful and confident that the project can still progress.

He added that the bulk of the funding under the ‘Peace IV – Shared Spaces Programme’ has yet to be allocated, and a new funding call will open next week.

“Therefore we are confident that the Riverine Project can get over the line at that stage. Nevertheless, the disappointment across the towns of Lifford and Strabane is tangible this afternoon as we digest the news of this latest setback.”

“If taken to the next stage the area will also benefit from greatly enhanced infrastructure with a new cross-border greenway network connecting Lifford and Strabane as well as a cross border pedestrian bridge linking the towns.

“The space will span either side of the banks of the River Foyle in Lifford and Strabane which will be interconnected by a community footbridge.”