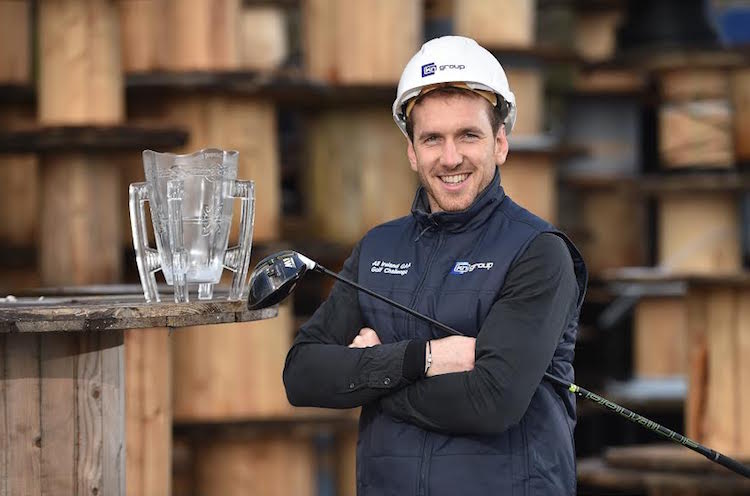 Nathan Mullins has had quite the welcome to the rigours of senior inter-county football.

27-year-old Mullins was a surprise draft by new Donegal manager Declan Bonner over the winter. He’d been St Vincent’s Player of the Championship in 2017 as they won the Dublin SFC, but Bonner had earmarked the midfielder, who grew up in Carndonagh, as one to get.

Mullins had a promising McKenna Cup, but was sent off in the first half of the Allianz League opener against Kerry in Killarney before being called ashore after only 27 minutes against Dublin at Croke Park last month.

“But again, this is just a challenge, I knew it was going to be tough, just have to dust myself off and get on with it and that’s what I’m trying to do, just get back training and I’m available for selection for the next day.

“It didn’t go to plan – obviously the management felt I wasn’t up to the challenge against [Brian] Fenton and I got taken off earlier than I would have expected.”

After his sending off against Kerry, Mullins sat out the defeat to Galway in Letterkenny, but was restored to the starting XV for the Dublin clash; a game that had real meaning for Mullins, son of Hill 16 legend Brian.

Mullins has lived in the capital since the family relocated from Carndonagh around a decade and a half ago. It was surely a tough pill to swallow for the player.

“Declan [Bonner] is the manager and whether I agree or disagree with the decision it happened on the night,” he says.

“It was a tough one to take, to be taken off after 20 minutes in Croke Park against Dublin after everything going on, it wasn’t a nice feeling.

“But there are no hard feelings or no issue – I know I wasn’t playing great. It could have been anyone taken off but it was me and I just have to get on with that and deal with it.”

Mullins is keen to learn the trade and says of his dismissal in Killarney: “A massive learning curve, (it was a) silly bit of red mist. I know there was a lot of stuff going on off the ball but I have to expect that.

“You just can’t get away with stuff like that at inter-county level where you might do in a club game. I just have to put that behind me now but it was very silly on my part.”

Mullins was part of the Dublin U21 squad that defeated Donegal in the 2010 All-Ireland U21 final. The following year, Mullins lined out for the Donegal U21s.

He’s always retained a grá for Donegal, but the call from Bonner took even the big midfielder by surprise.

He says: “There was always a bit of contact over the years with Donegal but I would have felt, and obviously they felt at the time, that I wouldn’t have been up to that level.

“Luckily I know a lot of the lads from growing up there and you kind of cross paths with people playing football and stuff like that. Vincent’s would have always had a good link with DCU so I would have known a lot of lads in DCU as well that went to college there.”

Mullins trains with the other Dublin-based players under the watch of Eugene Eivers and commutes the other night for training in Donegal.

He says: “Obviously it’s a step up from St Vincent’s but that was always going to be the challenge, to make the step up to county football. I’m enjoying it, it’s going great so I’m loving every minute of it.”